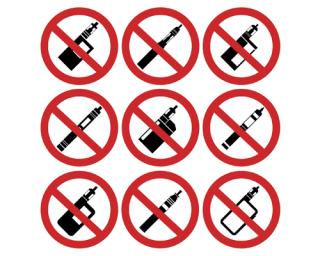 Major initiative calls for removing vapor products from the backbar until the FDA completes a premarket review.

SAN FRANCISCO — First local officials removed menthol from the backbar. Now, they are proposing to do the same with electronic cigarettes.

In a bid to curb underage use of e-cigarettes, San Francisco City Attorney Dennis Herrera and Supervisor Shamann Walton unveiled several proposals, including banning the sale of e-cigarettes until the Food and Drug Administration (FDA) has conducted a review of the products.

"San Francisco has never been afraid to lead and we're certainly not afraid to do so when the health and lives of our children are at stake. E-cigarettes have wiped out the hard-fought gains we have made in curbing youth tobacco use. Today we are taking action to protect our kids," Herrera said.

Walton added, "banning vaping products that target young people and push them towards addiction to nicotine and tobacco is the only way to ensure the safety of our youth."

On March 19, the officials announced four major parts to the initiative. Among the proposals is legislation prohibiting the sale of any e-cigarette that has not undergone FDA review. Under the measure, any e-cigarette that is required to have, but has not received, FDA premarket review could not be sold at a store in San Francisco or bought online and shipped to a San Francisco address until the FDA completes its review and allows the products to be sold.

Walton introduced the proposed legislation to the Board of Supervisors in coordination with the city attorney's office on Tuesday.

According to the officials, this is not an outright ban on e-cigarettes but a prohibition against e-cigarettes that haven't been reviewed by the FDA to confirm that they are appropriate for the protection of public health.

To date, no e-cigarette product has been put through the required review process, they added.

The other components of the initiative are:

1. San Francisco, along with Chicago and the New York, sent a letter to the FDA requesting the agency immediately conduct the required public health review of e-cigarettes that, by law, was supposed to happen before these products were on the market.

In a companion letter, San Francisco requested the FDA to turn over records on an expedited basis to the city attorney's office to help San Francisco independently determine whether legal action against the FDA is needed if the agency fails to undertake the required public health review.

2. In coordination with the city attorney's office, Walton introduced a separate piece of legislation that would prohibit the sale, manufacture and distribution of all tobacco products, including e-cigarettes, on city property in San Francisco.

Currently, Juul Labs Inc. subleases property on San Francisco's waterfront. The proposed legislation would prevent Juul from expanding on city property if the expansion is for any of the prohibited activity.

3. The city attorney, as part of his review of Juul's operations, sent notice to Juul and the Pier 70 developer seeking an explanation for why Juul holds a tobacco distributor license at that property when it has maintained that it "does not engage in the sale of cigarettes or tobacco products" on the premises.

"The FDA has simply failed to do its job in unprecedented fashion," Herrera said. "These are prudent steps to ensure that we know the health and safety implications of products being sold here. If the FDA hasn't reviewed it, it shouldn't be on store shelves in San Francisco."