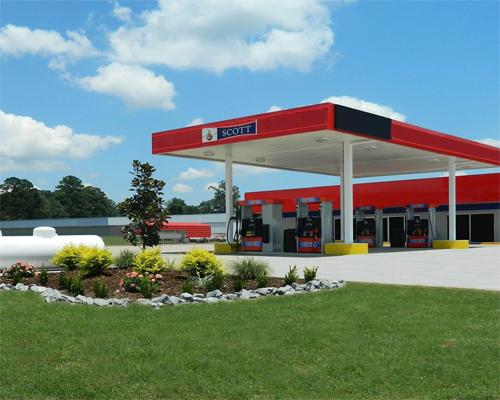 "I would like to express my sincere thanks to the over 300 dedicated employees who have worked diligently to help make Scott Petroleum such a success and also to our customers for their loyal patronage," Scott Petroleum President Solon Scott Jr. said in a statement.

Scott Petroleum was founded by Solon Scott Sr. under the name Butane Gas Systems, consisting of two butane trucks and a service truck. Over time, the company diversified into other fuels, including gasoline and diesel, and changed its name to reflect its growth.

Today, Scott Petroleum encompasses 44 locations — offices, bulk plants and 12 convenience stores — in Mississippi, Arkansas and Louisiana. Its operations include a fuel terminal and biodiesel plant in Greenville, Miss., both of which are part of the sale.

When considering a buyer, the company said it was looking for one with similar operating philosophies.

"It was important to the Scott family to search out a company that would have the same devotion to its customers, employees and community that Scott Petroleum has created in its 86 years of operation," the statement continued.

Like Scott Petroleum, C&S Fuels is a family-owned business. It distributes fuels and propane across Arkansas and Mississippi, the news outlet reported.

According to Scott Petroleum, the deal allows the company to "broaden its strength with the management resources and experience that C&S Fuels LLC will bring to the organization." The company will retain its name and will continue to operate out of its Itta Bena headquarters. The management team will also remain intact, with Scott Jr. staying on temporarily in an advisory capacity.