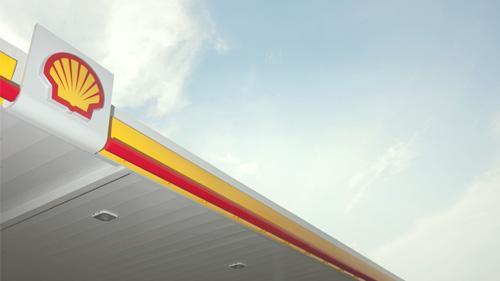 "Meeting the challenge of tackling climate change requires unprecedented collaboration and this is demonstrated by our engagements with investors," said Shell CEO Ben van Beurden. "We are taking important steps towards turning our net carbon footprint ambition into reality by setting shorter-term targets. This ambition positions the company well for the future and seeks to ensure we thrive as the world works to meet the goals of the Paris Agreement on climate change."

In 2017, Shell was the first international oil and gas company that set out to reduce the net carbon footprint of the energy products it sells — expressed as a measure of carbon intensity — taking into account their full life-cycle emissions. Shell aims to reduce the net carbon footprint of its energy products by around half by 2050 and by around 20 percent by 2035, in step with society’s drive to meet the goals of the Paris Agreement.

Today, Shell is building on that long-term ambition with the commitment to setting specific net carbon footprint targets for shorter periods of three or five years, setting the target the for three- or five-year period each year. The target-setting process will start from 2020 and will run until 2050.

The new plans are part of a drive to increase transparency around the topic of climate change, and to create clear benchmarks for performance.

Shell will publish its progress toward lowering the net carbon footprint of its energy products initially in the Sustainability Report. In line with the recommendations of the Task Force on Climate-related Financial Disclosures (TCFD), Shell intends to integrate this disclosure into the Annual Report and Form 20-F as appropriate. The company will seek third-party assurance of the reported net carbon footprint.

The announcement was made in a joint statement developed with institutional investors on behalf of Climate Action 100+, an initiative led by investors with more than $32 trillion in assets under management.

"We applaud the joint statement by Shell and lead investors for Climate Action 100+," said Anne Simpson, the inaugural chair of the Climate Action 100+ Steering Committee and director of Board Governance and Strategy at the California Public Employees’ Retirement System. "The commitment by Shell to fully respond to the engagement shows the value of dialogue and global partnership to deliver on the goals of the Paris Agreement on climate change. Shell is setting the pace, and we look forward to other major companies following its lead."

Peter Ferket, chief investment officer of Robeco, an institutional investor in Shell, said the company continues to support Shell on its journey in the energy transition, aiming for other companies to follow suit.

"When it comes to meeting the demands of the Paris Agreement on climate change, we believe it is necessary to strengthen partnerships between investors and their investee companies to accelerate progress towards reaching such an ambitious common goal. This joint statement is an example of such a partnership," Ferket elaborated.

Speaking as the co-lead of the Climate Action 100+ dialogue with Shell, Adam Matthews, director of Ethics and Engagement of the Church of England Pensions Board, and Board Member of the Institutional Investors Group on Climate Change, said, "Investors like ourselves will be able to track Shell’s performance through the Transition Pathway Initiative (TPI), an independent academic tool at the London School of Economics which is supported by funds with $11 trillion in assets.

"This joint statement is the first of its kind, sets a benchmark for the rest of the oil and gas sector and shows the benefit of engagement — aligning institutional investors’ long-term interests with Shell’s desire to be at the forefront of the energy transition," he added.

Royal Dutch Shell plc is a global group of energy and petrochemical companies with operations in more than 70 countries. In the U.S., Shell operates in 50 states and employs more than 20,000 people.