NATIONAL REPORT — A look at this year's Convenience Store News Top 100 ranking shows that consolidation in the convenience and fuel retailing industry is still very much alive and well. However, unlike last year when mega mergers — Alimentation Couche-Tard Inc. acquiring The Pantry Inc. and Speedway LLC acquiring Hess Corp.’s retail network — caused seismic shifts in the industry landscape, this year saw no such dramatic changes.

7-Eleven Inc. remains the No. 1 U.S. convenience store chain in store count and widened its margin this year to 3,009 more stores than Couche-Tard, which climbed into the No. 2 spot last year and remains there now. The previous difference between the two was 2,751 stores.

With 8,313 U.S. locations, 7-Eleven has significant influence over the entire c-store industry and how it is perceived by consumers. Some might say the retailer, in fact, has been redefining “convenience” over the past few years with a breadth of new products and services added.

The CSNews Top 100 is the industry's longest-running accounting of the largest convenience store chains by store count. The annual report is compiled in partnership with TDLinx, a service of Nielsen. TDLinx defines a convenience store as a small-format store of at least 800 square feet; with 500 to 1,500 SKUs; that operates at least 13 hours a day; and carries a limited selection of grocery items, including at least two of the following: toilet paper, soap, disposable diapers, pet food, breakfast cereal, tuna fish, toothpaste, ketchup and canned goods.

Of course, there are some familiar names missing from this year’s Top 100 list. The past 12 months saw well-established regional convenience store chains, like Tedeschi Food Shops Inc. in New England and Flash Foods Inc. in the Southeast, bought by much larger chains. In the case of Tesdeschi, it was 7-Eleven. For Flash Foods, it was CST Brands Inc.

Interestingly, CST Brands (No. 11 on this year’s Top 100) is now in a state of flux with a strong possibility of the company going from buyer to seller. As of this moment, there are multiple news reports about bidders lining up to buy CST’s assets as the company conducts a strategic review. Reported suitors include 7-Eleven, Couche-Tard, Speedway and Sunoco LP. At 1,224 stores, a sale of CST could be the next seismic shift to change the industry landscape.

Once again, this year’s Top 100 offers several breakouts analyzing the rankings, including a spotlight on the Biggest Movers — companies that saw the most significant changes in rank year over year. The distinction of Biggest Mover for 2016 goes to regional chain Tri Star Energy LLC, the Nashville, Tenn.-based operator of Tri Star and Twice Daily stores. By opening 15 new stores in the past year, an impressive feat for a now 85-unit chain, Tri Star jumped up 19 spots in rank. The company is eyeing 100 stores in the not-too-distant future.

For the full Top 100 report, look in the July issue of Convenience Store News. 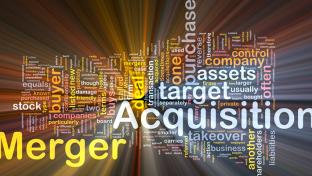 Mergers and Acquisitions
With Fewer Chains to Acquire, C-store M&A Market Is Changing

Special Features
Who Are the 2017 CSNews Top 20 Growth Chains? 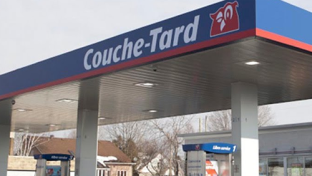