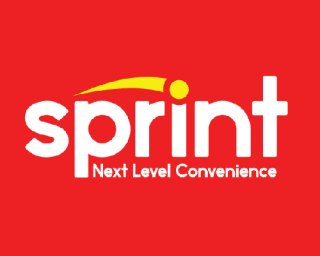 AUGUSTA, Ga. — Sprint Food Stores has achieved significant advances in deterring theft and fraud while improving store management through its partnership with ERC, a supplier and integrator of surveillance and point-of-sale (POS) systems, the retailer said.

Network surveillance systems enable operators to monitor store conditions from any location with an Internet connection.

"With an advanced surveillance camera system, a convenience store chain could achieve ROI within a year through better prevention of theft, fraud and unjustified claims, as well as improved operational oversight," said IT Director Todd Harrison, who oversees loss prevention camera surveillance for Sprint Food Stores.

Sprint previously used lower-resolution cameras that required on-site DVD burning for storage. Limitations in surveillance video quality and connectivity were the primary reasons the convenience store chain sought an alternative, eventually partnering with ERC, which has provided more than 10,000 stores and restaurants with surveillance or POS systems.

"ERC worked with us on exact camera placement and suggested slight adjustments to improve visibility and get the maximum coverage with the minimum number of cameras," Harrison said.

A notable benefit was the elimination of blind spots within stores, such as inside a walk-in beer cooler, according to Harrison, making it easy to prevent theft and capture video evidence if it occurs.

The new surveillance system also can help identify and deter potential cash register transaction theft. The system integrates with the store POS and provides Smart ER exception reports, a type of advanced filtering software included with the surveillance system. Quick analysis of thousands of register transactions can be performed to identify suspicious activity and pull video for review.

"The district manager may get alerts from the exception system if there are an extreme number of voids or no sales, so they may bring up 10 seconds of video after each to review," Harrison said.

The system also allows Sprint to deter and disprove fraudulent incidents, such as unwarranted slip-and-fall or workers compensation cases. Additionally, surveillance video can be used as evidence to collect costs for damage to equipment or store property.

Finally, Sprint's new system streamlines its operations compared to the previous system, as video can be reviewed and archived remotely as needed. Remote viewing of store video provides the chain's operations manager with a window into how each store is doing without having to travel to each location on a daily basis, according to Harrison.