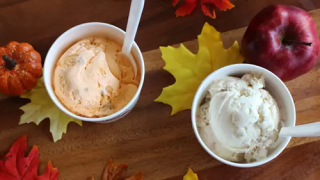 Fall pastries include Apple Cider Donuts, which are currently available next to the coffee station as singles or six-packs, and Iced Apple Muffins, which feature apple in a muffin with sweet cinnamon vanilla frosting available now. Pumpkin Donuts will be available in six-packs starting Sept. 5.

Stewart's also brought back Pumpkin to Talk About ice cream, which is made with pumpkin-flavored ice cream, cheesecake swirl and churro pieces, now available in pre-packaged pints.

Other fall offerings from convenience store and travel center operators include 7-Eleven's returning fall coffee drink lineup. The 7-Eleven Pumpkin Spice Latte combines a classic espresso flavor with  autumn spices, while the 7-Eleven Pumpkin Spice Coffee blends mild Arabica coffee beans with a sweet pumpkin taste. The coffee has a medium body with mild spice, making the smooth drink perfect for customers who enjoy a clean and crisp finish to their daily brew, according to the retailer.

"There's no denying that the Pumpkin Spice Latte is a quintessential fall drink — it's become a cultural phenomenon loved by coffee drinkers everywhere," said Dennis Phelps, proprietary beverages senior product director at 7-Eleven. "We like to take the Pumpkin Spice Latte one step further by encouraging our customers to take their cup of joe into their own hands with more than 3,000 ways to customize their beverage."

Irving-based 7-Eleven operates, franchises and or licenses more than 13,000 stores in the United States and Canada. It also operates and franchises Speedway, Stripes, Laredo Taco Co., and Raise the Roost Chicken and Biscuits locations.