NEW YORK — GasBuddy and Cuebiq, the largest provider of accurate and precise location data in the United States, found that visit frequency at convenience stores rose during the second quarter of 2017.

Leveraging Cuebiq's proprietary intelligence platform and data collection methodology to analyze anonymous geo-behavioral patterns, the study provided insights into GasBuddy users' offline behavior, such as frequency of station visits, fueling patterns, how long they spend at a location and brand loyalty. It also offers recommendations to make these insights actionable for retailers.

Individual visit frequency increased during Q2. The number of GasBuddies visiting gas stations and c-stores once a week or more climbed from 48 percent to nearly 53 percent. According to a recent GasBuddy survey, 74 percent of respondents say they stop at stations and stores for something other than fuel.

To capitalize on this momentum for the next quarter, retailers can take advantage of the most frequent trips by marketing their loyalty programs and other in-store promotions to make c-stores a destination even for those who are not looking to fill up their gas tanks, the companies stated.

Dwell time decreased. The number of customers spending more than two or three minutes at any location — the time it takes to fill a tank of gas — decreased from 72 percent to 68 percent. Retailers who want to capture customers beyond those few minutes can offer well-timed and targeted mobile promotions that hit customers in the "last mile" of their journey to the gas station or c-store. Signage at the pump that clearly reflects in-store offerings can also help bring customers inside, the survey noted.

June was a busy month for gas stations. The last week of the month captured the most gas station visits during Q2 as GasBuddy users geared up for the July 4 holiday. The weeks of June 4 and June 11 ranked second and third, respectively. Memorial Day weekend came in ninth during the quarter.

Good coffee drives foot traffic. On average, gas stations received 16.67 percent of their daily traffic between the hours of 5 a.m. and 10 a.m. during Q2. Locations with excellent coffee ratings in the GasBuddy app receive 18 percent of their daily traffic during these hours, which is relatively 12.5 percent more than stations with below average coffee ratings.

Ricker's captured the top spot — again. For the second consecutive quarter, Anderson, Ind.-based Ricker's took the top spot with the highest ratio of footfall per station, capturing more than four times the industry average in visits.

The study was conducted during the second quarter of 2017 and analyzed more than 23 million consumer visits. 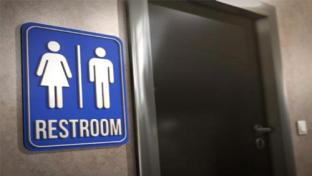 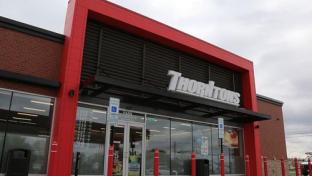