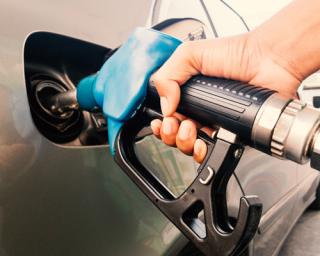 More than 80 percent of drivers who fill up four times a month or more visit multiple gas stations.

BOSTON — Consumers may have a favorite coffee brand, but the same cannot be said for fuel brands, a new GasBuddy study found.

Gas station loyalty has declined in the past three years, with 5 percent fewer customers citing brand loyalty as a reason to choose a gas station, according to GasBuddy.

Data from the Pay with GasBuddy program shows that more than 80 percent of consumers who fill up four times per month or more do so at multiple fuel and convenience brands in any given month.

In an effort to understand consumers' brand loyalty and purchasing habits at the pumps, six months of point-of-purchase data was examined from the Pay with GasBuddy program.

The data reveals that nearly 50 percent of drivers fill up four or more times per month. Among those drivers, 81 percent went to multiple brands, while roughly only one in five went exclusively to one brand.

It's a similar story among drivers with fewer fill-ups. Out of those who fill up three times per month, 77 percent went to multiple brands, while 23 percent went exclusively to one brand, according to GasBuddy. 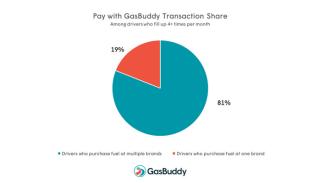 "Unlike grocery and apparel retailers, the fuel and convenience industry is servicing a truly brand-agnostic consumer," said Sarah McCrary, CEO at Boston-based GasBuddy. "With on-the-go drivers sensitive to the price of fuel, the station location and the quality of the amenities, the key to seeing returning customers is delighting them with offers that are timely and relevant to their particular trip."

Showing an additional 5-cents-per-gallon incentive to net-new or disengaged customers has allowed fuel retailers to capture as much as one out of four of that segment's fuel purchases, the company said.

Fuel retailers have seen that same incentive double their market share even with their frequent customers, from one in three transactions made at their brand prior to a campaign, to two out of three during the promotional period.

Examining Pay with GasBuddy point-of-purchase data by region in the United States, the Midwest has the highest concentration of brand-agnostic drivers, with 82 percent going to multiple brands in any given month.

The region with the most loyal customers is the Northeast, with 24 percent of drivers who fill up four or more times per month visiting the same brand for all fill-ups. The rankings by region suggest that brands on the more congested coasts see less competition for loyal customers than the open areas of the south and Midwest, according to GasBuddy.

The study examined 500,000 Pay with GasBuddy members' point-of-purchase data between October and March. 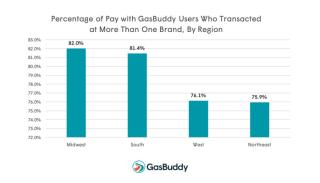