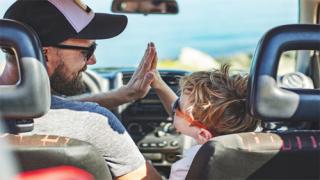 NATIONAL REPORT — Summer travel is expected to be as hot as the season's temperatures this year.

AAA predicts 39.2 million people will travel 50 miles or more from home for the upcoming Memorial Day weekend. This is an increase of 8.3 percent compared to 2021, bringing travel volumes almost in line with 2017 figures.

Air travel also continues to rebound, up 25 percent compared to last year, the second-largest increase since 2010, according to AAA.

"Memorial Day is always a good predictor of what's to come for summer travel," said Paula Twidale, senior vice president of AAA Travel. "Based on our projections, summer travel isn't just heating up, it will be on fire. People are overdue for a vacation, and they are looking to catch up on some much-needed rest and relaxation in the coming months."

Memorial Day weekend is expected to be the busiest in two years, building on an upward trend that began earlier this spring. This year's forecast marks the second-highest single-year increase in travelers since 2010 (2021 was the highest), bringing volumes almost in line with pre-pandemic levels.

This increase in summer travel comes despite gas prices being much higher than in previous years. Gas prices topped an average of $4 per gallon in 47 states and averaged $4.48 nationwide on May 16.

Gas prices are having some impact, however. As AAA noted, a greater portion of travelers this year are opting for air and other modes of travel compared to previous years. Share of car travel will fall from 92.1 percent last year to 88.9 percent this year

"For those hitting the road, Thursday and Friday (May 26 and May 27) are anticipated to be peak traffic days," AAA stated, advising that hitting the road when there's less traffic and allowing extra time when traveling to a destination are important ways to reduce travel stress.

INRIX predicts on May 26 and May 27, drivers in major U.S. metropolitan areas could experience double the travel times compared to a normal trip.

"Even with a significant increase in gas prices, we expect a large jump in holiday driving compared to the last few years," said Bob Pishue, transportation analyst at INRIX. "Drivers should expect congestion on major roadways around big cities and popular destinations. Knowing when and where congestion will build can help drivers avoid the stress of sitting in traffic."

According to AAA booking data, big cities and beach destinations are in the highest demand this Memorial Day. The most in-demand U.S. locations to travel to are: