Sunoco on Pace to Exit Company-Operated Stores by Year's End

Sunoco on Pace to Exit Company-Operated Stores by Year's End

DALLAS — With four months to go before the end of the year, Sunoco LP is on track to leave the company-operated store business before it rings in 2018.

According to CEO Bob Owens, the company's sale of roughly 1,110 company-operated c-stores to Irving, Texas-based 7-Eleven Inc. is in "typical and customary regulatory discussions with the Federal Trade Commission" and Sunoco expects the transaction to close by the end of the fourth quarter.

The $3.3-billion deal also includes the trademarks and intellectual property of The Laredo Taco Co. and Stripes. Not included in the deal is Sunoco's Aloha Petroleum Ltd. business unit in Hawaii or Sunoco's APlus franchisee-operated stores.

Owens, who addressed the sale of Sunoco's company-operated stores during the company's second-quarter earnings call on Aug. 9, also noted that the company is in the process of completing advanced stage discussions with final bidders regarding the sale of its West Texas assets.

In April, Sunoco retained JP Morgan Securities LLC to manage the marketing process for the remaining approximately 200 company-operated convenience stores in North and West Texas, New Mexico and Oklahoma in a separate process. Those stores are not part of the 7-Eleven transaction.

That deal is also on track to close by year's end, he said. "We are seeking to maximize unit holder value in this transaction," Owens added.

According to the chief executive, NRC has sold or has under contract to sell approximately 35 percent to 40 percent of the initial 100 sites and is actively marketing an additional roughly 20 percent, including active sites land bank and excess land.

He added that approximately 30 percent of the original 100 sites were included in the 7-Eleven transaction and another 10 percent migrated to Sunoco's West Texas sales process.

"We remain on track to substantially exit the company-operated retail convenience store space within the continental United States by the end of 2017," Owens said. "As these are active processes, we are limited in what we can say and we will provide any meaningful updates as is appropriate at the appropriate time."

As it moves to exit the company-operated c-store business in the continental U.S., Sunoco is in the process of rebuilding and outfitting locations along the Indiana Toll Road. The first four rebuilt plazas reopened in April and another in June, according to Owens.

In Hawaii, the company's Aloha Petroleum chain previously entered into a store development agreement with Dunkin' Donut to build and operate 15 Dunkin' Donut restaurants over an initial eight-year term. The first location — a freestanding drive-thru near the Honolulu airport — opened in late July.

Aloha expects to open the next two stores later this year, he added. 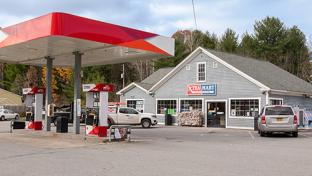 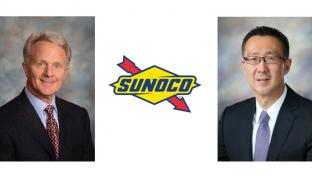