DALLAS — Sunoco LP President and CEO Bob Owens recently called 2016 a transformative year for the company. The same is shaping up for 2017.

Sunoco announced Thursday that it is selling roughly 1,100 company-operated convenience stores to 7-Eleven Inc. for a total consideration of $3.3 billion in cash, plus fuel, merchandise and other inventories. The transaction also includes the associated trademarks and intellectual property of Sunoco's Laredo Taco Co. and Stripes brands, as Convenience Store News reported.

"During our fourth-quarter earnings conference call, we stressed that the leverage metrics of the company had our full attention and focus, and that we were looking at all alternatives to correct the problem, and that nothing was off the table in terms of options to accomplish that," Owens said Thursday morning during a Sunoco conference call discussing the company's decision.

The 7-Eleven agreement, according to the chief executive, "is a pivotal first step in both addressing that issue, and in terms of the beginning of a process to evolve Sunoco into a premier nationwide fuel supplier with a lean, concentrated and simplified business model highlighted by stable cash flows."

Further, the transaction "allows for immediate improvement in our financial profile and, importantly, it sets the stage for strategic optionality as we look to continue to grow with new and existing customers, as well as engage in disciplined M&A opportunistically," Owens said.

The deal does not include Sunoco's proprietary c-store banner, APlus, nor approximately 200 stores primarily in North and West Texas, New Mexico and Oklahoma. Also excluded are Aloha Petroleum — which will remain part of Sunoco — and APlus franchise operations.

"Both of those two assets are key to us going forward and things that we are interested in growing," the CEO noted.

As part of the 7-Eleven agreement, Dallas-based Sunoco will enter into a 15-year take-or-pay fuel supply pact with a 7-Eleven subsidiary, under which Sunoco will supply approximately 2.2 billion gallons of fuel annually. This supply agreement will have guaranteed annual payments to Sunoco, provides that 7-Eleven will continue to use the Sunoco brand at currently branded Sunoco stores, and includes committed growth in future periods.

"We think this is an attractive construct for both companies, giving surety of supply on the 7-Eleven side and surety of cash flow on the Sunoco side," Owens said.

The transaction is subject to regulatory review, but Sunoco expects to complete the move by the fourth quarter.

According to Owens, Sunoco will primarily use the proceeds to repay debt, and general partnership purposes including the option for "attractive M&A activity."

As he pointed out, this is the first step in a strategic decision to divest Sunoco's company-operated convenience stores in the continental United States. "We feel 7-Eleven is a logical buyer of a majority of these assets," he added.

Sunoco has also retained J.P. Morgan to market the remaining 200 c-stores in North and West Texas, New Mexico, and Oklahoma that are excluded from the 7-Eleven pact. The company expects to have teasers out to the marketplace on Friday, April 7.

As for the other excluded assets, Owens said: "Aloha Petroleum continues its highly efficient and integrated standalone operation within Sunoco, and our successful APlus franchise offer will continue to be an area that will grow."

SUNOCO OF THE FUTURE

Looking at Sunoco after the transaction closes, 7-Eleven will be an "important large customer" as Sunoco moves roughly 20 percent of its wholesale fuel volume to the Irving-based chain. Sunoco's branded distributors account for 31 percent of the volume, followed by long-term contracts (29 percent) and commercial (13 percent).

This results in a less capital- and people-intensive business model, and gives Sunoco economies of scale — all things the company considers "attractive attributes," Owens said.

According to the chief executive, Sunoco continues to believe that one of the key assets of the corporation is the attractiveness of the iconic Sunoco fuel brand and that provides it with ongoing significant growth opportunities with 7-Eleven. In addition, the brand is enhanced by its position in motorsports as the official fuel of NASCAR, Indy CAR, The National Hot Rod Association, and 35 other sanctioning bodies.

Plus, he added, Sunoco is a large distributor of other brands including ExxonMobil, Chevron and Valero.

"We will look to continue to grow our existing wholesale channels, targeting core markets as well as seeking opportunities to diversify geographically in other qualifying businesses," Owens noted.

Added Chief Financial Officer Tom Miller, "By the end of the year we expect to be a focused, streamlined MLP-qualifying business."

Sunoco is well-positioned with its dealer and distributor network, as well as its unbranded customers, according to Miller. "Going forward, our wholesale focus, scale and customer base makes us the leading fuel supplier," he said.

In addition, Sunoco's new relationship with 7-Eleven has the opportunity to expand, and the 15-year fixed-margin, take-or-pay fuel supply agreement provides stability of income, with the ability to grow the business going forward. Sunoco will continue to pursue supply agreements with fixed margins, Miller said

"We heard you. This move away from company-operated stores strengthens our financial profile, including the safety of our distribution. Moving forward, we believe our financial strength will allow us to grow," he said. 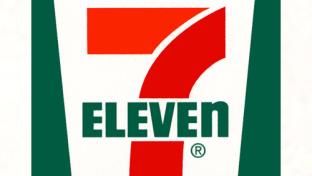 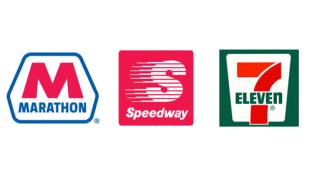