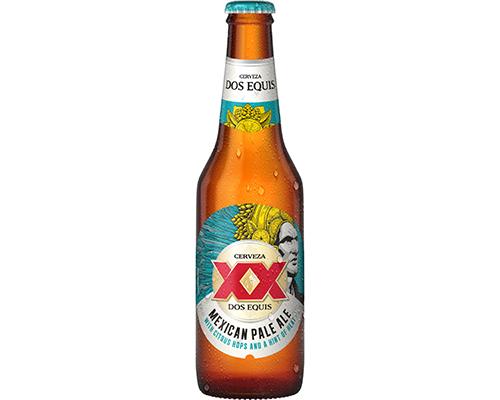 Alto-Shaam announced that it experienced record-breaking growth in 2018, growing at three times the rate of the foodservice industry. Additionally, Alto-Shaam's employee base increased by 73.5 percent from 2010 to 2018, employing 291 people in 2010 and 505 in 2018.

"Living our vision, mission and values has helped us achieve continued success when the foodservice industry as a whole is experiencing slow to no growth," Alto-Shaam President and Chief Operating Officer Steve Maahs said. "We broke a number of Alto-Shaam records in 2018, beginning the year with a record first quarter that paved the way for an exceptional year."

Company employees receive an annual gain-sharing bonus, which reached a record $4 million payout for the year.

"As a family company, we believe in investing in our worldwide team," Maahs added. "Our people are the key to our success. I am proud of our employees for working together to provide our customers with the highest quality products and services."

"Receiving this award validates the hard work that American Licorice Co. does to ensure we positively impact our associates," said Karen Kopka, senior human resources manager of American Licorice Co. "It honors our mission statement of 'Investing in Happiness: People, Community and Environment' and we truly give thanks to all of our associates who make this such an amazing place to be!"

The 2018 national Best & Brightest companies were assessed by an independent research firm, which reviewed a number of key measures relative to other nationally recognized winners.

Honorees will be awarded at the national Best & Brightest Summit -- Illuminate 2019 symposium and awards gala on Sept. 15-17 in Chicago. This year, the Best & Brightest program honors 512 national winning organizations from across the country out of 2,400 nominations.

American Licorice also launched a new campaign with the goal of bringing people together by encouraging acts of kindness. "Peace, Love & Vines" is a national contest running from Feb. 8 through March 17 that invites participants to share a message of kindness, an original quote or a moment of inspiration with the brand.

Thirty submissions that best reflect the campaign's mission will receive a case of Red Vines five-ounce trays with their personalized "act of kindness" message printed on each tray. Additionally, the winners' messages will appear on Red Vines trays nationwide for everyone to enjoy.

"As a company, our goal is to align our brand's purpose with our corporate values, one of them being compassion," said Kristi Shafer, vice president of marketing. "Sharing has always been a natural extension of what people do with Red Vines, so it only made sense to take the brand a step further and create meaning behind the idea of sharing. The Red Vines team is focused on building a platform where people can be inspired to share an act of kindness they've received or have given. Our hope is others will read these messages and be inspired to pay it forward by sharing a kind act with someone else."

"The Internet has not been kind to this centuries-old symbol of unity," said Sarah Mueller, vice president of marketing, who noted the ampersand dates to 45 A.D. and once was the 27th letter of the alphabet. "Have you ever tried to use one in a hash tag? Or a URL? It doesn't work, which has become problematic for many brands."

A&W stated that it has identified thousands of other companies and organizations that likely experience ampersand dysfunction and would benefit from change.

"We're doing this for everyone that loves the ampersand and all of the companies like ours that proudly display it in their names and logos," Mueller said. "Its exclusion has made all of our lives a little harder. 'AandW.com' is clunky and ugly. The Twitter handle '@aandwrestaurants' looks ridiculous. '#A&W' is read by computers as just one lonely #A. Sometimes using an '&' just makes a lot more sense."

Big League Chew teamed with National Pro Fastpitch (NPF) to pair the bubble gum brand with the world's premier professional softball league for the 2019 season. The partnership follows the recent launch of Big League Chew's new softball character, who appears online now and on packages in stores by late spring.

"This year we're celebrating the launch of our new softball character that's inspired by girls who play hard and dream big and what better way to do so than by teaming up with National Pro Fastpitch whose athletes epitomize just that." said Big League Chew inventor Rob Nelson. "Big League Chew is bubble gum fun for everyone and we can't wait to see the teams, players and fans of NPF sharing in that fun with us this season."

In-game and collaborative promotions will launch immediately in team markets and throughout the 2019 season, as well is for the upcoming NPF college draft. The NPF season opening day takes place May 28 between the Beijing Shougang Eagles and the Canadian Wild of Southern Illinois.

Dos Equis is debuting Mexican Pale Ale (MPA) to drive brand penetration and drive store traffic. With unique citrus hops and a hint of spicy heat on the finish, Dos Equis MPA is a traditional Pale Ale with a Mexican twist, available in 12-pack bottles and cans, and six-pack bottles.

"Dos Equis is putting a fresh and interesante spin on product innovation," said Lindsay Certilman, brand manager. "When we think Pale Ale, we think IPA. With the use of citrus hops and peppers, Dos Equis is taking the Pale Ale brewing process and adding a Mexican twist that delivers a fresh, subtly spicy taste. Off-premise distribution is a playground for beer enthusiasts to experiment with new brews, and thus offers us a perfect opportunity to engage with beer lovers looking for an interesting play on tradition."

The national launch will be supported with features and displays, high impact merchandising materials, consumer sampling (where legal) and local media.

The M&M's brand is also the Official Chocolate of NASCAR.

Oberto Snacks jerky brand Cattleman's Cut is looking to boost sales by partnering with actress Carmen Electra and sponsoring the Jim Dunn Funny Car for the 2019 National Hot Rod Association (NHRA) season. Electra will star in a series of videos that pair her, as the Cattlewoman, with the Cattleman's Cut Funny Car.

"We couldn't think of a better person to play our Cattlewoman than Carmen Electra," said Oberto Marketing Director Stephen O'Hare. "And the fact that we get to pair her with 10,000 horsepower of the Cattleman's Cut funny car should make our message even more potent."

The videos will run digitally and on Oberto's social media channels. Electra will be featured in point of sale materials and on both the Dunn Racing funny car and 18-wheeler truck that transports it to more than half of the 24 NHRA national events across the country.

PepsiCo acquired Health Warrior Inc., a nutrition-forward company that makes plant-based products such as nutrition bars and other on-trend offerings. The transaction will further expand the company's nutrition portfolio to offer consumers additional options in an exciting growth category, according to PepsiCo.

"We're thrilled to welcome the innovative Health Warrior brand to the PepsiCo family," said Al Carey, CEO of PepsiCo North America. "We continue to position ourselves at the forefront of changing consumer preferences and trends. This acquisition helps us increase our presence in the nutrition bar category, which is an attractive growth space."

Health Warrior products are made from nutrient-dense, non-GMO and gluten-free ingredients. Its current offerings include nutrition bars made with chia and pumpkin seeds, and other plant-based protein offerings like mug muffins and protein powder.