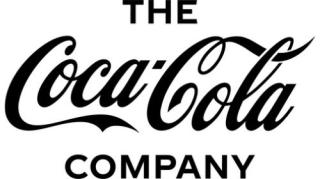 CHICAGO — While it's important for convenience store retailers to market themselves, new products, services, promotions and other initiatives by c-store suppliers are a major part of capturing consumer interest. Convenience Store News will regularly highlight such efforts in this roundup.

The Coca-Cola Co. teamed up with iconic science educator Bill Nye to launch an animated short film that demystifies the ins-and-outs of the recycling process to inspire action. The partnership is part of the company's World Without Waste initiative to help fight climate change.

Coca-Cola's short film was produced by award-winning animators and puppeteers Mackinnon & Saunders. In the film, Nye takes viewers on the circular journey of a plastic bottle, starting from the time it's placed in a recycling bin to it coming back on the shelf as a 100-percent recycled bottle.

"We recognize our responsibility to help address the world's plastic waste crisis and to help create a closed-loop economy, but we can't do it alone," said Christine Yeager, director, sustainability at The Coca-Cola Co. North America. "And who better than Bill Nye to help inspire everyone to understand, think, feel, and behave differently about recycling?"

"Still, there's much more that needs to be done — which is why we're also advocating for well-designed collection policy, funding infrastructure, and creating greater economic demand for recycled content," Yeager continued. "But Step One is collecting and recycling our bottles."

While roughly 59 percent of Americans have access to curbside recycling, 27 percent of plastic bottles are currently recycled in the United States. Coca-Cola wants to help change that. One of the company's goals, as part of its World Without Waste sustainable packaging initiative, is to collect and recycle a bottle or can for every one it sells by 2030. Additionally, the beverage company is committed to making 100 percent of its packaging recyclable by 2025 and using at least 50 percent recycled material in its packaging by 2030.

The company also announced the launch of its second Coca‑Cola Creations offering: Coca-Cola Sugar Byte, the first-ever in the metaverse gaming-inspired flavor. The new flavor will bring pixels to life in a limited-edition beverage that transcends the digital and physical worlds.

"This new Coca-Cola Creations flavor is an amazing nod to gamers from one of the most iconic brands in existence, and we're proud that we could help create something special for our shared communities to celebrate its launch," said Lachlan Power, professional gamer and founder of gaming organization PWR. "It's been an exciting project for PWR to collaborate on by creating this experience which facilitates teamwork and player connections whilst representing the vibe of this new Coca-Cola Creation."

Additionally, the integrated solution allows the company to widen its proprietary in-house digital ecosystem, providing a much deeper, granular and real-time understanding of the consumer path to purchase.

"We are excited to expand our partnership with Profitero and enhance IRI's industry-leading omnichannel solutions with the goal of increasing sales, market share and shopper loyalty," said Sam Gagliardi, executive vice president, global e-commerce, IRI. "This innovative service will deliver tremendously powerful insights that will allow clients to take their performance and sales to the next level. With the most robust item-level view available in the market, clients will be able to upgrade their digital shelf presence."

National Retail Solutions (NRS), operator of a point-of-sale (POS) network and payment processing service for independent retailers, announced its partnership with OnPoint, a provider of scan data programs for the independent and small chain c-store market. 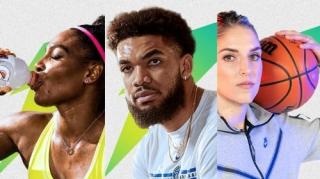 PepsiCo Inc.'s Gatorade brand is offering an opportunity for young athletes to win a mentorship experience from one of three star athletes: Serena Williams, Karl-Anthony Towns and Elena Delle Donne. The announcement is part of their multi-yearFuel Tomorrowinitiative to help address equal opportunities for kids to play sports and realize their potential.

Details of the mentorship opportunities include:

Fuel Tomorrow debuted in February at the NBA All Star game. The initiative aims to break the barriers that prevent many kids from getting into or staying in sports. According to Gatorade, one of the most prevalent barriers for kids staying in sports is lack of representation. By making them more visible, the brand can help ensure young athletes have the proper environments to succeed.

The mentorship program is live until September. Fans can enter to win themselves or on behalf of a deserving athlete at www.gatorade.com/inspirenext.

Steritech announced an 8-percent price increase for current and new contracts effective May 1.

"At Steritech, our mission has always been to help clients deliver on the ideal brand experience every time, everywhere," said Doug Sutton, president of Steritech. "As a service business, we are not immune to the rising costs of labor, goods and fuel, which is affecting many industries across the country. In order to deliver the industry-leading service we are known for, we have no choice but to increase prices. It has not been an easy few years for our customers, and we are more determined than ever to partner with organizations to help drive growth, promote loyalty and reduce risk."

TAAT, an alternative tobacco company, inked a definitive agreement to acquire HLND Holdings Inc., which will become the company's in-house distribution arm for the north-central region of the U.S. starting this year.

Through its acquisition of HLND, TAAT will obtain access to a network of more than 5,000 convenience stores in and around Ohio through a combination of direct and indirect relationships.

"Our journey towards becoming a bigger player in the tobacco alternatives industry is rapidly accelerating," said Setti Coscarella, CEO of TAAT. "We are thrilled to be moving forward with this acquisition deal of HLND which can provide us many advantages with respect to our operations in the United States.

"With experienced industry leadership on our side, we benefit from unparalleled insights when it comes to building a competitive edge in this dynamic and rapidly evolving space," Coscarella concluded. "We are excited to be taking the next steps as we seek to scale our business even further in 2022."

As TAAT becomes a national-scale brand in the tobacco alternatives industry, it is seeking to align its practices with certain industry leaders that have converted the distribution components of their respective supply chains into in-house business units to realize benefits that can include cost efficiency and improved visibility into the movement of product to the end consumer, according to the company.

Earlier this year, TAAT announced its initial agreement to acquire HLND for a purchase price of $6.6 million CAD in cash and equity.

Tanknology Inc., a environmental compliance testing firm, celebrated Earth Day in partnership with Vermont-based reforestation nonprofit One Tree Planted. As part of a new sustainability effort, Tanknology will donate one dollar to One Tree Planted to plant a tree for every 10,000 miles driven by Tanknology service technicians and inspectors.

Through the partnership, Tanknology has pledged to "Make the Change" amid rapid climate change. The donation will assist with the planting of 1,000 new trees in North America.

"We are glad to have found a partner in One Tree Planted who shares the same environmental goal as Tanknology," said Tanknology Chief Operating Officer Brian Derge. "Whether it is by planting trees or protecting our environment through compliance testing, both organizations share the goal of making our planet a better place for our children to live."

Volta, an electric vehicle (EV) charging network, revealed in its latest study that broader EV adoption is dependent upon highly visible EV chargers that are conveniently located at the places drivers already frequent, such as c-stores.

The findings come from a nationwide research study and go beyond price and range anxiety to understand top barriers to switching to EV. The study revealed three areas of insight:

"The momentum behind the transition to EVs continues to build, but further accelerating the switch demands an even deeper understanding of consumer behavior," said Drew Bennett, executive vice president of network operations, Volta. "The results of this study reinforce the importance of Volta's network design — eye-catching EV charging stations located steps away from the places people already spend time."