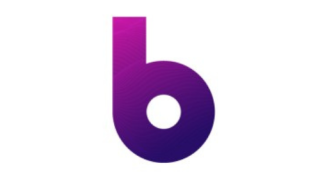 CHICAGO — While it's important for convenience store retailers to market themselves, new products, services, promotions and other initiatives by c-store suppliers are a major part of capturing consumer interest. Convenience Store News will regularly highlight such efforts in this roundup.

Hathway completed its rebranding as Bounteous, a digital growth partner for top restaurant and convenience store brands, including Wingstop, Dutch Bros. and Dash In Food Stores. With the rebranding, Bounteous has been recognized as a digital transformation and co-innovation partner behind billion-dollar, multinational brands, unlocking rapid growth for itself and its clients.

The combination has already provided additional capabilities, offerings, talent, and depth for both Bounteous and Hathway clients.

"Bounteous' acquisition of Hathway is exciting because together we can supercharge growth for our clients. Together, we also have differentiated industry expertise, unparalleled partnerships, unique intellectual property, a full-service digital innovation offering and compelling scale," said Keith Schwartz, co-founder and CEO of Bounteous. "Our co-innovation methods and global delivery model will drive innovation and unlock growth and value for our clients."

The containerization development in progress for Passport POS works to simplify the traditional point-of-sale architecture by enabling faster updates and increasing overall uptime and resiliency.

"We’re very excited about what containerization means for Passport customers, how it enables edge computing in the short term but also facilitates cloud hosting in the future, when and if customers demand it," said Chris Whitley, vice president of sales and marketing North America for Gilbarco Veeder-Root. "Retailers today can't afford to be offline, and we believe this technology brings us a significant step closer to near-zero downtime. It will be a game-changer for all c-store retailers."

The programming is expected to reach more than 10 million viewers per month. GSTV's new Hispanic programming will appear on screens at GSTV sites that over index for Hispanic consumers in more than 50 U.S. markets starting July 20, 2002.

Additionally, the custom programming features authentic and/or in-language Hispanic segments that span food, sports, music, education and more from authorities in Hispanic culture and Hispanic-owned media companies such as kiwilimón, plus existing GSTV content partners LaLiga and Loop Media, which joined GSTV in 2020.

"With GSTV's national scale and targeting, rather than retrofitting general market content, we have a unique opportunity to curate entertainment specifically for millions of our Hispanic viewers," said Violeta Ivezaj, senior vice president, of business operations at GSTV.

Old Trapper entered into a new partnership to serve as the Official Beef Jerky of the Big 12 Conference.

"We are thrilled to be partnering with the Big 12 Conference and pairing our premium brand with theirs," said Robert Leary, chief marketing officer at Old Trapper. "We are excited to be engaged in a truly collaborative effort to support all the student athletes of the Big 12 Conference and build a strong bond with its loyal and passionate fans, making Old Trapper Beef Jerky a proud part of the Big 12 experience. We're looking forward to kicking things off this summer."

Old Trapper will have additional engagement through official Big 12 social and digital channels. As part of the sponsorship, Old Trapper will have visibility across Big 12 championship events as well. The brand will have exposure on the Longhorn Network and also within regular-season football coaches' shows across member institutions.

The Big 12's relationship with Old Trapper was secured by Big 12 Sports Properties, the Learfield team dedicated to the Conference as its sponsorship rights holder.

Yesway signed a contract with Payment Alliance International (PAI), a leader in ATM portfolio management tools and services, to add more than 400 ATMs to  Yesway and Allsup's convenience stores.

PAI provides technology tools and services that offer customers the most visibility and control to maximize their ATM portfolio effectiveness and profitability, the company said.

"Our Yesway team is committed to providing a friendly, neighborhood experience to our customers," said Tom Trkla, CEO of Yesway. "PAI’s track record of being proactive in its service to the community fits perfectly."

The Pennsylvania Food Merchants Association (PFMA) will commemorate its 70th anniversary as part of its fall Legislative Conference on Oct. 25 and 26 in Hershey, Pa.

"It's incredible to reflect on the work that PFMA has accomplished for its members over the past 70 years," said Alex Baloga, PFMA president and CEO. "The support of our broad and longstanding membership has allowed us to advance the interests of grocery stores, convenience stores, wholesalers, consumer packaged goods companies, lottery and gaming organizations, and more — ultimately benefiting Pennsylvanian businesses and consumers."

Today, PFMA supports more than 800 corporations and 4,000 retail stores that represent more than 250,000 employees in Pennsylvania.

In addition to rolling out the seasonal offerings, the Mtn Dew brand invited fans to participate in its Lost Treasures of Baja Island Sweepstakes and unlock daily prizes of up to $1,000. Fans can also have a chance to win the legendary grand prize, which features a case of an exclusive, never-before-released flavor, Mtn Dew Baja Deep Dive.

"Dew Nation loves Baja Blast, and we believe fans will be happy to have it back at retail. But we also wanted to surprise everyone, which sometimes can be hard to do," said Pat O'Toole, chief marketing officer, Mtn Dew. "An unreleased Baja flavor to kick off the summer? I think that's a surprise that DEW Nation will be ready for and will want to get their hands on. I hope they'll enjoy Baja Deep Dive as much as we enjoyed creating it."

Additionally, PepsiCo brandRockstar Energy formed a multi-year partnership with gaming and entertainment organization NRG. The partnership creates opportunities for the brand to build connections with players, creators and fans who are part of the digital generation.

"Being a part of the gaming community has always been a priority for us, and our partnership with NRG could not come at a better time as we look for innovative ways to continue connecting with our consumers," said Fabiola Torres, PepsiCo general manager and chief marketing officer of the energy category. "We look forward to working closely with the team at NRG to develop new experiences for enthusiasts around the world."

SC Johnson Professional, a leading manufacturer of household consumer brands such as Windex and Mr. Muscle, is making its products available for purchase through Phoenix Research Industries.

Working with Phoenix Research Industries will allow SC Johnson Professional to expand its reach and help convenience stores, travel centers and other businesses to keep their facilities healthy and clean.