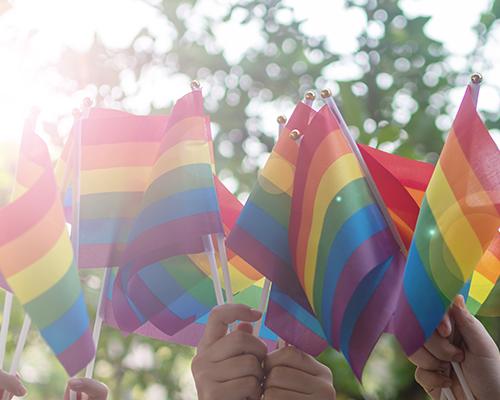 The Network of Executive Women (NEW) was established in 2001 and over that time, most would say that workplaces have gotten better for LGBTQ+ people. Yet there is still a major disconnect at many organizations between stated progress and the day-to-day experience of being an LGBTQ+ person at work.

In 2018, the Human Rights Campaign (HRC) published its A Workplace Divided study, and they were able to say that the number of employees who were closeted at work had dropped. Unfortunately, that number had only dropped by 4 percent — from 50 percent to 46 percent — over the 10 years since its previous study in 2008.

As the HRC stated in its report: “LGBTQ workers lack faith in accountability systems, sometimes with good reason.” They found that workers primarily don’t report hearing their coworkers speak negatively about LGTBQ+ people because they simply don’t think anything will be done to stop it, and fear harming their relationships with coworkers.

For LGBTQ+ employees to be their full selves at work, organizations need to prove they are worthy of their employees’ trust. And that starts at the top.

The HRC reported that one in 10 employees has heard a supervisor making negative comments about LGBTQ+ people. This leads to employees who feel excluded from company culture, 31 percent of whom state that they feel depressed at work.

Knowing you may have depressed employees who feel denigrated by their supervisors for who they are should be enough to prompt any employer to take swift and decisive action.

Allyship can only begin when accountability has been established. LGTBQ+ employees need to hear clearly stated policies from their employer that ban discriminatory language from the workplace, and encourage those who hear it to report it via an unbiased accountability system.

Forty-five percent of LGBTQ+ people agreed with the statement that “enforcement of the non-discrimination policy is dependent on their supervisor’s own feelings towards LGBTQ people,” adding to the pressing need for an impartial resource outside their direct supervisor.

Fifty percent of LGBTQ+ workers state that they believe they are the only LGBTQ+ person in their workplace. Ensuring that employees who feel isolated are secure in the knowledge that their identity will be respected could not be of more critical importance for their comfort, happiness and retention.

Allyship begins with education, and there is no better way to start than with robust education for employees on unconscious bias and the realities of the LGBTQ+ community.

Respecting pronoun use is another way to show your allyship. There are many wonderful resources out there to help explain why this small sign of respect can have outsized impact on the well-being of those around you. One I recently discovered, created by the New York City Department of Social Services, does a wonderful job.

Remember, educating yourself should be the order of the day, and arranging for professional education for your team. Relying on LGBTQ+ coworkers to educate you adds additional stress to an already stressful situation. Some wonderful online resources you can lean on instead include the Human Rights Campaign and the University of California San Francisco’s Lesbian, Gay, Bisexual and Transgender Resource Center.

After education, however, comes action! Allies need to be willing to speak up at work when they hear a coworker, fellow supervisor or even fellow board member denigrating LGBTQ+ people. “It’s just a joke” is never an excuse for making members of the LGBTQ+ community feel they don’t belong in your workplace.

Twenty percent of LGBTQ+ people working in an unwelcoming environment said they were looking for other jobs, and 17 percent of LGBTQ+ people report being exhausted with trying to hide their identity at work. If nothing else, the cost of replacing employees lost to prejudice — and the strong evidence that diverse workplaces lead to better business outcomes — should motivate businesses to respond.

The report cited in this article is from 2018, and there can be no doubt that the COVID-19 epidemic has wrought many changes on our workplaces since. But with our coworkers more involved in our lives than ever — seeing our dogs, our homes and our children over Zoom — everyone deserves to be as open as they would like to be at work.