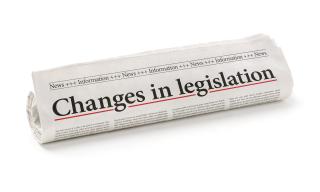 Los Angeles — The Los Angeles County Board of Supervisors is expected to consider an ordinance prohibiting the sale of flavored tobacco products next month. Under the proposal, stores in unincorporated areas would no longer be able to offer any tobacco products with a flavor in any form. The ordinance would require new or existing tobacco shops to get business licenses. If approved, enforcement of the new rules would start in February.

Aspen — The Pitkin County commissioners are putting the issue of a local tobacco tax to before the voters in the Nov. 5 election. If approved, the move would put a local tax of $3.20 on each pack of cigarettes starting in 2020. The levy would increase 10 cents each year until the tax reaches $4. The proposal also calls for a tax of 40 percent on the retail price of all other tobacco products.

Boulder — The Boulder City Council approved a ban on the sale of flavored electronic cigarette products containing nicotine. It also gave the OK on a proposal to raise the minimum legal age to buy tobacco products to 21.

In addition, the council members approved a measure to place a 40-percent sales on e-cigarette products on the November ballot.

Eagle — The Eagle County Board of Commissioners is considering two tobacco-related resolutions. The first would hike the legal minimum age to buy tobacco to 21 and establish a licensing program to regulate the sales of cigarettes, tobacco products and nicotine products.  The second would place a question on November's ballot asking for voter approval to raise the sales tax on cigarettes (to $4 a pack) and other tobacco products (40 percent).

Fort Lauderdale — City lawmakers are reviewing a measure to prohibit the sale of tobacco products to anyone under 21. Under the proposal, business would face a warning for the first violation, a $500 penalty for a second violation, and fines up to $1,000 a day for three or more violations.

Columbus — The Columbus City Council approved the ban of electronic cigarettes in most public places. The new rule, which exempts vape shops, goes into effect in mid-October.

Litchfield — The Litchfield City Council approved the first reading of an ordinance to raise the minimum legal age to buy tobacco products to 21. If approved on the second reading —and implemented — the legislation would allow clerks 18 and older to sell tobacco products; establish penalties/fines for clerks 18 and older who sell tobacco products illegally; define specifically the penalty for seller and buyer of tobacco products; and remove distance requirements for location of tobacco sales, which originally restricted tobacco sales to more than 2,000 feet from another licensed tobacco retailer and more than 1,000 feet from youth-oriented facilities.

St. Paul — The St. Paul City Council is expected to consider a Tobacco 21 measure at its Sept. 4 meeting. If passed, a retailer that racks up repeat violations of the would face fines of $200, $400, $800, and a seven-day suspension of its tobacco license.

Pendleton — The Pendleton City Council voted 4-3 to support a Umatilla County-wide move to require all tobacco retailers in the country to obtain a county-issued license. Under the program, the county could revoke the license if a retailer sold tobacco to anyone under 21.

Salt Lake City — Members of the state legislature's Health and Human Services Interim Committee unanimously agreed to recommend a bill that would tax electric cigarettes. The legislation proposes an excise tax of 86 percent of a manufacturer's price on the sale of e-cigarettes and other nicotine products. The new levy would increase the retail price by about 50 percent.