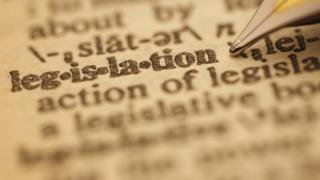 Honolulu — The state Senate is considering legislation that would raise the tax on cigarettes and little cigars from 16 cents per unit to 21 cents per unit. Senate Bill 887 would also increase the total tax on a pack of cigarettes to $4.20.

Frankfort — State legislators rejected a push to raise the legal minimum age to buy tobacco products in Kentucky to 21. Senate Bill 249 failed to move through the state Senate Agriculture Committee on Feb. 25. Committee Chairman Paul Hornback said lawmakers could vote on the bill again before adjourning in March.

Webster — The Webster Board of Health voted 3 to 2 to restrict the sale of flavored tobacco products to adult-only tobacco sales beginning May 12. Violators face a $300 fine, and a suspension of their tobacco permits.

Twenty-three cities and counties in the state have already adopted Tobacco 21 ordinances.

The House Commerce Committee also advanced a proposal to expand the state's clean indoor air act to prohibit the use electronic cigarettes wherever smoking is prohibited. The full House of Representatives will now consider the bill.

Newmarket —Newmarket became the third municipality in New Hampshire to raise the legal minimum tobacco age to 21. The Town Council approved the Tobacco 21 ordinance by a 5-2 vote in early February. The state Senate also is considering a Tobacco 21 bill.

Hudson — The City Council rejected a proposal to increase the legal minimum age to buy tobacco products to 21 by a 4-1 vote. Summit County Public Health had promoted the measure.

Nashville — A Tobacco 21 proposal has been introduced to the state Senate and state House of Representatives. State Sen. Shane Reeves (R-14th) and state Rep. Bob Ramsey (R-20th) are co-sponsors on the measure.

Cedar Hills — The City Council voted unanimously to hike the legal minimum age to buy tobacco products from 19 to 21. The move made the city the second in Utah to adopt a Tobacco 21 ordinance.

Lehi — The city became the first in Utah to set the legal minimum age to buy tobacco products at 21 years old. The City Council unanimously approved the legislation on Feb. 12 and takes effect 20 days after it is signed and posted.

Salt Lake City — The state House Business and Labor Committee voted 7-6 in favor of upping the minimum age to buy tobacco products on Feb. 26. The bill would increase the legal age incrementally, with the age increasing to 20 in July 2020 and to 21 the following year.

Olympia — The House of Representatives voted 66-30 in favor of a Tobacco 21 bill. The measure was introduced by House Minority Leader Rep. Paul Harris (R-Vancouver) and was co-sponsored by a bipartisan group of 29 representatives. The state Senate is considering a companion bill, Senate Bill 5057.

Charleston — By a 20-14 vote, the West Virginia Senate approved a bill to raise the legal minimum age for using tobacco products from 18 to 21. A similar bill is pending in a House committee. A Tobacco 21 proposal died in a Senate committee in 2018.