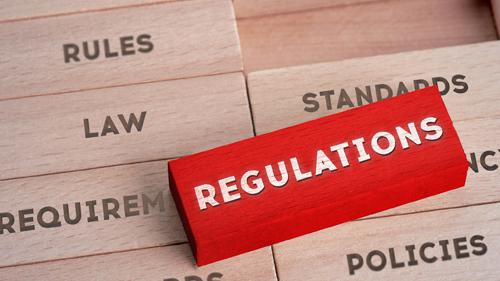 Long Beach — The Long Beach City Council approved a ban on the sale of flavored tobacco products, including menthol cigarettes. Retailers that acquired more inventory since the city's previous one-year ban expired in January will have three months to sell off their products.

West Hollywood — The West Hollywood City Council unanimously approved an ordinance prohibiting the sale of flavored tobacco products, including menthol cigarettes, in the city. Only the sale of shisha tobacco, the product smoked in hookahs, is still permitted.

The council also prohibited the use of tobacco coupons or discounts.

Indianapolis — The Indiana House of Representatives approved a state budget that includes a 50-cent increase in the state's cigarette excise levy, and a 10-percent retail tax in electronic cigarettes and e-liquids. The budget now moves to the state Senate.

Roseville — The City Council adopted an ordinance restricting the sale of flavored tobacco products to the four tobacco-only retailers in the city. Under the measure, those outlets can continue to sell the products if they prohibit anyone from under the age of 21 from entering the place of business, meet standalone structural requirements, and derive at least 90 percent of their revenue from the sale of tobacco and tobacco-related products.

The city will not issue any licenses for similar businesses in the future.

St. Paul — State Rep. Cedrick Frazier (D-New Hope) introduced a bill to ban the sale of flavored tobacco products in Minnesota. The bill includes menthol and would applies to all tobacco products.

Carson City — The Nevada Assembly is considering a bill to raise the legal minimum age to buy tobacco products to 21. If approved, the move would bring the state's tobacco buying age in line with the federal rule.

Trenton — The New Jersey Senate voted in favor of a proposal to ban the sale of tobacco products, including electronic cigarettes, at pharmacies across the state. State Sen. Joe Vitale (D-Middlesex) sponsored the legislation.

Violators would be subject to a $250 fine for the first violation, $500 for the second, and $1,000 for the third and subsequent violations.

Santa Fe — New Mexico State Sen. Linda Lopez (D-Albuquerque) proposed a bill to increase the state's cigarette excise tax by $2 a pack. The bill also proposes raising the levy for other tobacco products from 25 percent to 83 percent, for electronic cigarettes from 12.5 percent to 83 percent, and for closed-system cartridges from 50 cents to $3.32 per unit.