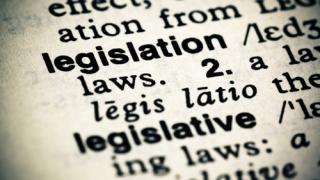 Bangor — The Bangor City Council is attempting to ban flavored tobacco sales for the second time. It was forced to repeal the previous ordinance in April due to a procedural error after not properly notifying affected businesses. The new proposal will go through a public comment and vote period in early August. If it passes, Bangor will join the towns of Portland and Brunswick, which have similar bans that took effect June 1.

Lansing — Gov. Gretchen Whitmer signed a bill package raising the legal minimum age to buy tobacco products from 18 to 21. The Tobacco 21 law also raises the age of sale for retailers, prohibits those under 21 from entering a tobacco store, and bans tobacco sales through the mail to anyone under 21.

Hilliard — The Hilliard City Council passed legislation that stiffens Ohio's Tobacco 21 law, implementing penalties for those under 21 who use, buy, or possess tobacco or vaping supplies. State laws already address penalties for selling or furnishing such items to those under 21.

Kent — The Kent City Council passed a $400 Tobacco Retail License, which backs up its Tobacco 21 law, in effect already for four years. The license will fund two compliance checks to the estimated 28 tobacco retailers in Kent, which is now the 15th community in the state to approve such a license.

Hillsboro — Washington County's ban on flavored tobacco and nicotine products, which was announced last fall, is on hold again after a circuit court judge issued a temporary injunction. This came after a lawsuit was filed by adult tobacco lounges. Earlier in the year, two other lawsuits were filed, include one by convenience retailer Plaid Pantry. The ordinance remains suspended while the larger issues are debated in court.