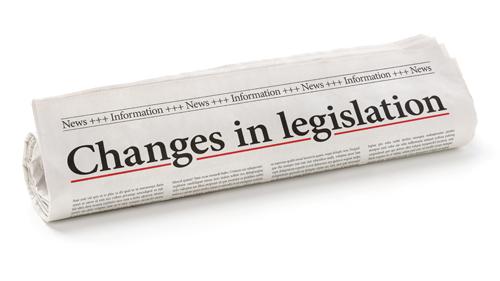 Redwood — The Redwood City Council threw its initial support behind a proposal to ban the sale of flavored tobacco and electronic cigarette devices. The council will take up the issue again in late April.

New Castle — The Town Council announced a temporary sales tax holiday for tobacco and nicotine products. On Jan. 1, a voter-approved local tax on cigarettes and tobacco products took effect. The ballot language had asked approval to raise $65,000 in 2020. According to town officials, the tax collection was halted after New Castle raised more than the authorized $65,000 in January and February. If the town had continued to collect this tax, it would have needed to find a way to refund or credit excess amounts back to taxpayers.

Beginning in 2021, under the approved ballot question, the town will be able to retain all the revenue from this tax. As approved, these funds will be used to support community health, wellness and youth programs.

Frankfort — Gov. Andy Beshear signed the state's Tobacco 21 measure into law. The legislation, which prohibits selling tobacco, alternative nicotine and vaping products to anyone under 21, brings the state's legal minimum age to buy tobacco products in line with the new federal policy.

Annapolis — The Maryland General Assembly approved raising the state's cigarette excise tax. Under the legislation, the levy will increase $1.75 per pack. The vote sent the measure to Gov. Larry Hogan's desk for his signature.

Pequot Lakes — The Pequot Lakes City Council approved a measure raising the legal minimum age to buy tobacco products from 18 to 21. With the vote, the municipality became the first in Crow Wing County to adopt a Tobacco 21 law.

Salt Lake City — Gov. Gary Herbert signed two bills related to electronic cigarettes: one that levies a 56-percent tax on e-cigarettes at the wholesale level, and one that moves the sale of most flavored vapor products to age-restricted stores only.