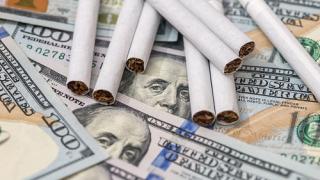 Fairbanks — Local officials introduced a measure to levy an 8-percent tax on vapor products. Under the ordinance, the definition of tobacco products in the city code would be expanded to include vaping products, and tax them at the same 8 percent tax as other tobacco products. If approved, the tax would go into effect on April.

Anderson — Local lawmakers have banned the sale of flavored vapor products. The Anderson City Council voted 5-0 in favor of the new ordinance on Nov. 19. The change goes into effect 30 days from the vote.

Costa County — Costa County Board of Supervisors approved an ordinance that prohibits the sale of vaping products in unincorporated parts of the county. Included in the ban is the sale of flavored tobacco products and menthol cigarettes.

Boulder — The city's new Tobacco 21 ordinance went into effect on Oct. 17. The measure, which the Boulder City Council unanimously approved in August, also prohibits the sale of flavored vapor products and limits the amount of electronic smoking devices that can be sold to an individual in a 24-hour period. Adult-only Establishments that exclude can sell menthol-flavored products until the end of the year.

Fort Collins — Larimer County commissioners are working teaming up with Fort Collins, Loveland, Berthoud and other municipalities and stakeholders to develop tobacco regulations that could apply across the county. Potential regulations include regional tobacco retailer licenses and increasing the legal minimum age to buy tobacco products to 21 years old.

Carl Junction — The Carl Junction City Council adopted a Tobacco 21 measure. The ordinance, which raises the minimum legal age to buy tobacco products from 18 to 21, goes into effect immediately.

Harrisburg — With the stroke of pen, Pennsylvania became the latest state to put a Tobacco 21 law on the books. On Nov. 27, Gov. Tom Wolf signed House Bill 97 and Senate Bill 473, which amends tobacco legislation to prohibit the sale of any tobacco, nicotine or related item to anyone under 21 years old.

The legislation also expands the definition of a tobacco product to include e-cigarettes and other vaping products, and prohibits the possession of these items on school grounds.

Philadelphia — The Philadelphia City Council is considering a change to the city's business code that would require businesses to get a special license to sell electronic cigarettes and vapor products. Under a proposal, only businesses with an adults-only ESD establishment license would be able to sell the products. The bill would also limit the sale of e-cigarettes and vapor products with more than 20 mg/ml of nicotine salts. The Philadelphia department of Public Health would renew business' ESD licenses on an annual basis. Violators would be fined $250 for each offense.

The council could vote on the measure on Dec. 5.