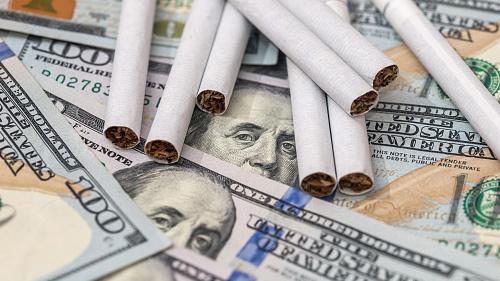 Goodyear — The Goodyear City Council voted unanimously to raise the legal minimum age to buy tobacco products to 21. Goodyear is the first city in Maricopa County to pass a Tobacco 21 ordinance.

The new rules also amend a city ordinance in regards to smoking locations and restrictions, adding vaping to the list. With the move, vaping is not allowed in city buildings or vehicles, parks and trails, and enclosed public places including the workplace. The ordinance also mirrors state law which prohibits vaping or smoking at schools or school events.

Fremont — City officials are one vote away from implementing a ban on the sale of all flavored tobacco products. The ban would include menthol cigarettes. If the Fremont City Council approves the proposed legislation in October, the ban will go into effect in November.

Livermore — With a unanimous tally, the Livermore City Council voted to place a measure to repeal the city's ban on the sale of flavored tobacco products on the March 3, 2020 ballot. The move came after the council certified a referendum that challenges the ban.

Los Angeles — The Los Angeles County Board of Supervisors unanimously approved the first vote for a proposed ordinance to ban flavored tobacco products. The ban includes menthol cigarettes and flavored vapor products. A second vote is needed to implement the measure.

Fort Lauderdale — The Fort Lauderdale City Commission approved a measure raising the legal minimum age to buy tobacco products to 21. The move makes Fort Lauderdale the second city in Florida to adopt a Tobacco 21 ordinance. The change goes into effect in March.

Newton — The Newton City Commission adopted a Tobacco 21 ordinance. The new legal minimum age to buy tobacco products goes into effect on Jan. 1. In addition, tobacco retailers will be required to have an annual license for each sales location, with a yearly fee of $400.

The ordinance also makes it a crime to sell, give or furnish cigarettes or tobacco products to people under the age of 21. The measure sets the minimum fine for violation at $200.

Winona — The Winona City Council banned the sale of tobacco products to anyone under 21. The city is also sending a letter of support to the Winona County Commissioners.

Harrisburg — The state Senate passed proposed legislation to hike the legal minimum age to buy tobacco products to 21. The bill now moves to the state House of Representatives for consideration. Gov. Tom Wolf is expected to sign the measure law if it reaches his desk.