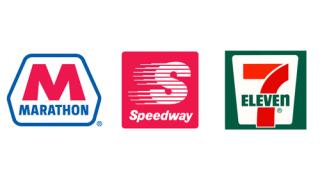 ENON, Ohio — The pending sale of Speedway LLC is facing some opposition.

On March 10, the International Brotherhood of Teamsters sent a letter to the Federal Trade Commission (FTC) asking the agency to pause its review of Marathon Petroleum Corp.'s (MPC) sale of the convenience store chain to Irving, Texas-based 7-Eleven Inc.'s parent company, Seven & i Holdings Co. Ltd.

In the request made on behalf of the organization's 1.4 million members, President James Hoffa asked the FTC to put the review on hold until either "legislation introduced by Sen. Amy Klobuchar (D-Minn.), chairwoman on the Judiciary Subcommittee on Competition Policy, Antitrust, and Consumer Rights, has been enacted; or the FTC is able to ensure that the legal and economic staffs have meaningfully taken into account the lack of efficiencies and the full range of competitive harms that the transaction may cause."

Klobuchar proposed the Competition and Antitrust Law Enforcement Reform Act on Feb. 4. The legislation would give federal enforcers the resources they need to do their jobs, strengthen prohibitions on anticompetitive conduct and mergers, and make additional reforms to improve enforcement.

"The bill returns coordinated effects to the center of merger analysis; does away with unrealistic requirements that the agencies prove competitive effects to a near certainty; and, emphasizes the importance of examining and preventing exclusionary conduct," Hoffa wrote. "In this case, it is our belief that the anticompetitive effects of the proposed transaction would not be remedied by selected divestitures of stores in local markets."

MPC and 7-Eleven reached a $21-billion agreement for the Speedway chain in August, which is comprised of approximately 3,900 c-stores in 35 states. During Findlay-based MPC's fourth-quarter 2020 earnings call on Feb, 2, President and CEO Michael J. Hennigan said the company had responded to the second request from the FTC, and continued to support 7-Eleven in its efforts to secure anti-trust clearance, as Convenience Store News previously reported.

At the time, he added the deal was still expected to close in the first quarter.

The transaction would grow 7-Eleven's network to more than 13,000 c-stores — more than double the size of the nearest competitor, Alimentation Couche-Tard Inc.'s Circle K banner, according to Hoffa, who added the rest of industry is mostly made up of individually owned stores.

"Access to affordable gasoline is a key economic driver in the United States for millions of working men and women and their families. The proposed sale of Speedway to 7-Eleven has no efficiencies; indeed, it is an example of vertical disintegration that could result in a double mark up and therefore higher prices to consumers," Hoffa wrote.

He also pointed to concerns around the deal's 15-year fuel supply agreement between MPC and 7-Eleven.

"Effectively, this agreement duplicates vertical integration — minus any efficiencies — and thus may provide an incentive for Marathon to raise wholesale prices to competing retailers," Hoffa wrote. "With gas prices now on a steep rise to nearly $3 a gallon in most states, the FTC should exercise its full authority to ensure that the Marathon/7-Eleven supply agreement will neither limit competitors' ability to buy fuel nor stick customers with sky-high costs to refill their gas tanks to get to and from work and school."

In addition to concerns about the supply agreement, Hoffa raised the shareholder pressure MPC received from Elliott Management Corp, to make changes to maximize shareholder returns.

In September 2019, Elliot Management, which manages funds that collectively own common stock and economic equivalents representing approximately a 2.5-percent economic interest in MPC, called on MPC's board to split into three strong, independent companies.

"The sale of Speedway to 7-Eleven is the last thing consumers need in the midst of a nationwide economic crisis. The proposed transaction will further concentrate the market and create a convenience store industry behemoth with markedly increased power to drive more small businesses into closing their doors forever," Hoffa wrote to the FTC.