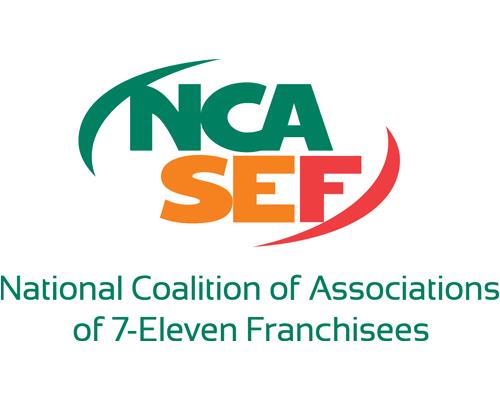 NCASEF's board of directors took a vote of No Confidence in the management of 7-Eleven Inc.

SAN ANTONIO — The National Coalition of Associations of 7-Eleven Franchisees (NCASEF) is planning to skip its parent company's annual conference for the second consecutive year.

An overwhelming majority of NCASEF's board of directors voted to skip the 2019 7-Eleven Experience, the company's annual trade show. The national trade association for 7-Eleven franchise owners said it is urging all members of its franchisee associations to do the same.

According to NCASEF, 7-Eleven Inc. (SEI) earns millions of dollars from vendors who pay to exhibit at the trade show, but there is no assurance that money is used to help lower the cost of goods franchisees pay. In addition, SEI makes no guarantee that franchisees receive the lowest cost of goods from the supply chain SEI runs, the association said, adding that this issue has been a sticking point for franchisees for years.

"We expect the vast majority of franchisees to attend this year's 7-Eleven Experience. Franchisees tell us that the 7-Eleven Experience helps them grow their businesses. That's why we invest millions of dollars each year to host the event," 7-Eleven Inc. said in a statement to Convenience Stores News.

"Last year, more than 280 vendors offered franchisees more than 850 pre-ordering opportunities. Additionally, experts from the 7-Eleven Store Support Center and other outside vendors were available to answer franchisees' questions on a range of topics including store safety, digital enhancements, merchandising best practices and simplifying store operations," the company added.

The vote to sit out next year's annual gathering comes as NCASEF's board also took a vote of No Confidence in the management of SEI.

The board's decision reflects franchisees' belief that SEI has failed to focus resources and energy on improving declining store-level net profits, instead shoring up corporate gross profits at franchisees' expense, according to NCASEF.

NCASEF represents the owners of nearly 7,000 franchised locations in the United States. The National Coalition's No Confidence vote reflects a number of related issues, including:

"We are at an absolute low point in the history of 7-Eleven in the United States," said Jay Singh, NCASEF chairman. "A recent survey of our franchise owners shows how bad things really are. Only 18 percent of current owners say, if they had to do it all over again, they would invest in 7-Eleven."

Full results of the National Coalition's survey can be found here.

"Franchisees believe SEI should account for the money it earns from the trade show. There is a lack of transparency and that has driven a wedge between franchisees and the corporation," Singh said. "We are the face of this brand and we deserve to be treated fairly. Without our hard work and dedication to this brand, 7-Eleven's U.S. stores would not be the economic engine the Japanese parent company relies on for its corporate profits."

NCASEF said it repeatedly requested that 7-Eleven CEO Joe DePinto take steps to repair the broken relationship the company has with its store operators and renegotiate the 2019 franchise agreement so that the terms are more equitable for franchise owners.

This is not the first time NCASEF has voiced its opposition to 7-Eleven Inc.'s management about the new franchisee agreement.

In October 2017, the association filed a lawsuit against the parent company, claiming it has not fulfilled its promise of treating the franchises as independent contractors and business owners. The suit, filed in U.S. District Court for the Central District of California, challenged certain provisions of the 7-Eleven Franchise Agreement, and sought monetary damages, attorney's fees and costs, and other relief for claims relating to unpaid overtime wages and unreimbursed expenses, as Convenience Store News previously reported.

One month after filing the lawsuit, the presidents of all Franchise Owners Associations voted unanimously to not attend the 2018 7-Eleven Experience. The parent company subsequently filed a countersuit the day the convention ended.

On March 14, 2018, a judge in U.S. District Court for Central California "dismissed with prejudice" NCASEF's lawsuit and ordered 7-Eleven franchisees and 7-Eleven Inc. to sit down and iron out their differences.