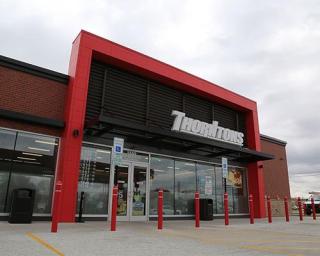 The convenience store retailer was acquired by a joint venture between ArcLight Capital Partners and BP on Feb. 11. The deal places Simon Richards, former head of regional development of BP Products North America, as the new CEO of Thorntons.

All existing convenience stores will continue to operate under the Thorntons name and will retain team members throughout the regions they serve, including employees working out of the Store Support Center in Louisville.

Thorntons announced on Dec. 3 that it would be acquired by a joint venture between ArcLight Capital Partners and BP in order to grow in the downstream refined products segment, Convenience Store Newspreviously reported.

"My family and the Thorntons team are incredibly proud of the company we have built over the last 47 years. While we are proud of where we are today, our vision extends well beyond 191 stores in six states and we know this new joint venture will help us to accelerate store growth and serve even more guests every day," Thornton said at the time of the announcement. "We are excited to begin this new chapter and are pleased that we are able to take these next steps in our hometown working with our existing team. This partnership is a win-win for everyone involved."

Founded by James H. Thornton in 1971, Louisville-based Thorntons operates 191 c-stores in Florida, Illinois, Indiana, Kentucky, Ohio and Tennessee. The company's mission is to provide top of the line food and beverages while making giving back a top priority in every market.