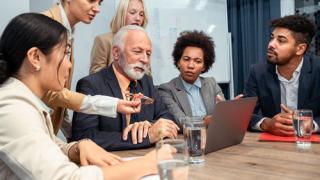 NATIONAL REPORT — The events of the past two years, notably the COVID-19 pandemic and social unrest that gripped the country in the spring of 2020, have shined a light on diversity, though diversity has been a focal point for several convenience industry companies for several years.

Three of those convenience retailers were recognized for their efforts on the Forbes 2022 America's Best Employers for Diversity list.

Tulsa, Okla.-based QuikTrip Corp. captured the No. 401 spot on the 2022 America's Best Employers for Diversity. The retailer owns and operates 835 convenience stores and gasoline service stations throughout eleven states in the South, Midwest and Southwest. It employs 22,056 associates.

Forbes partnered with market research company Statista to compile the annual list of America's Best Employers for Diversity. To determine the ranking, Statista surveyed 60,000 Americans working for businesses with at least 1,000 employees and pinpointed the companies they identified as most dedicated to diversity, equity and inclusion, according to the magazine.

Survey participants were asked to rate their organizations on criteria such as age, gender, ethnicity, disability and sexual orientation equality, as well as that of general diversity. Statista then asked respondents belonging to underrepresented groups to nominate organizations other than their own.