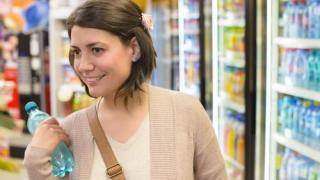 ALEXANDIRA, Va. — With 2019 behind them, convenience store retailers are ushering 2020 in with optimism after an overwhelming majority said their sales increased last year.

"The convenience retailing industry is committed to providing better-for-you choices in stores and the numbers show that consumers are supporting this effort," said NACS Vice President of Strategic Industry Initiatives Jeff Lenard. "Today, it's almost expected that stores offer fresh and packaged better-for-you choices for customers and our industry's commitment to groups like a Partnership for a Healthier America (PHA) is one of the reasons why."

Retailers surveyed recognized the morning daypart as the biggest opportunity to grow food sales in 2020, as cited by 45 percent of respondents, followed by 26 percent who said lunch and 23 percent who said dinner.

Strong industry sales in 2019 also pushed retailer optimism to record-high levels: 89 percent of retailers said they are optimistic about their economic prospects for the first quarter of 2020, which is four percentage points higher than the same time last year.

Despite their optimism, retailers have some concerns for 2020. Factors that could affect their businesses are:

The quarterly NACS Retailer Sentiment Survey tracks retailer sentiment related to their businesses, the industry and the economy. A total of 68 member companies, representing a cumulative 2,896 stores, participated in the December 2019 survey.

Based in Alexandria, NACS represents the convenience store industry, which operates more than 153,000 locations, sells nearly 80 percent of the fuel purchased in the United States and conducts an estimated 165 million transactions a day. NACS has 1,900 retailer and 1,800 supplier members from more than 50 countries.