Tobacco: A Year of Changes & Frustrations

Tobacco: A Year of Changes & Frustrations

CHANTILLY, Va. — One year since the Food and Drug Administration's (FDA) final deeming rule was published in the Federal Register, the tobacco industry is still reacting to the changing regulatory playing field for newly deemed products.

One of the key components for manufacturers of newly regulated products under the deeming rule is getting FDA approval to keep their offerings on the market — a move that can come either through Substantial Equivalency (SE) or Premarket Tobacco Application (PMTA), as outlined in the Family Smoking Prevention and Tobacco Control Act of 2009.

Speaking at the Tobacco Merchants Association's 102nd Annual Meeting and Conference this week, Matthew Holman, the new director of the FDA's Center for Tobacco Products Office of Science, outlined the pathways for market approval and noted that the SE process — for products that are substantially equivalent to those on the market before the Feb. 15, 2007 predicate date — "is evolving and getting more mature."

Calling the SE pathway "still very new," he acknowledged it's a work in progress. "Our goal is to make the process more transparent and more predictable," Holman said.

The evolving process, however, is causing frustration among tobacco companies. For example, James Dillard, chief innovation officer and senior vice president of research, development and regulatory affairs at Altria Group Inc., said from a big manufacturer's perspective, it seems "the goal posts have changed over time."

According to Dillard, Richmond-based Altria has received SE approval on 20-plus products over the past couple of years, but the FDA has begun to ask different questions, or ask them in a different way, leading to the impression of "shifting goal posts."

Holman assured that the FDA and CTP have mechanisms in place to ensure consistency, adding that some inconsistencies are not as inconsistent as they may first appear. He said the CTP needs to take into account new information as it receives it.

"The goal posts might be moving, but it is not random," said Holman.

Even so, many tobacco manufacturers are voicing concerns over the agency's approval process.

Gerry Roerty, vice president and general counsel at Swedish Match North America, noted that it "troubles" him to hear the FDA and CTP say they have learned as they go. "It should be let's learn, then go; not let's go, then learn," he said, noting there was time to get meaningful feedback and issue meaningful guidance before finalizing the deeming rule.

Echoing Roerty's concerns was Christopher Casey, senior vice president and general counsel for Swisher International. According to Casey, "the real core threat" to the cigar category is the path to market — the SE pathway in Swisher's case — and how it has historically been implemented.

Existing guidance on the subject is only six pages long, he said. The buzz is that there's more detailed guidance currently on review by the White House Office of Management and Budget, though he hasn't seen it yet. "Maybe that should have come first," Casey said. "It's putting the horse before the cart."

Brittani Cushman, vice president of external affairs at Turning Point Brands Inc., also addressed the existing guidance, commenting that the agency seems to learn as it goes, but then does not issue new guidance to include those learnings.

In addition, from the vapor and electronic cigarette perspective, the only pathway available for market approval is PMTA because the products did not exist before the Feb. 15, 2007 date. That grandfather date "completely closes the door on the SE pathway," Cushman noted.

It also appears the path to market is harder for newly deemed products than it is for cigarettes, she added. "At the root of this is the overall policy issue. It seems cigarettes have gotten the easier pathway and as you go down the continuum of risk, it gets more difficult," she said.

Despite her concerns, Cushman stressed that her company is open to regulations. "We welcome reasonable regulations. We don't want bad apples out there, but this is not fair [to companies] that are trying to do the right thing," she explained.

The Tobacco Merchants Association's 102nd Annual Meeting and Conference is taking place May 10-12 at the Westfields Marriott in Chantilly. 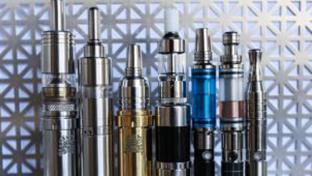 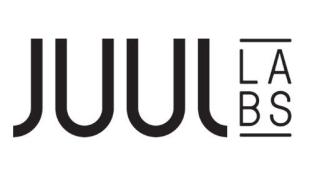 Tobacco
Juul Pulls Its Mint-Flavored Pods From the Market