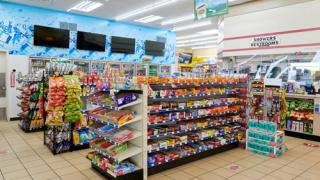 WESTLAKE, Ohio — TravelCenters of America Inc. (TA) embarked on a mission to improve its sites and its performance in early 2020. After bringing on new senior leadership and formulating a plan, the company got to work on several key initiatives.

Now, more than a year since starting its transformation journey, CEO Jonathan Pertchik told Convenience Store News that the company is already learning from its early moves and finding even more roads to explore.

Pertchik acknowledged that, historically, TA hasn't adapted as assertively as it should have or could have in the past and, therefore, stagnated. But that's beginning to change.

"I am not sure I can say there is one initiative, or a couple of initiatives, that we didn't get traction [on], so we sort of left it behind or moved on," the chief executive explained. "On the other hand, I would say with most of the initiatives, what we exactly contemplated on the front end is not exactly what we are seeing at the mid-point or toward the back end."

In a recent interview with CSNews following the company's second-quarter 2021 earnings call, Pertchik offered some color on several of those initiatives:

The primary focus of its franchising initiative is the flagship TA brand, but where there may be smaller or physically constrained sites, the company also offers the TA Express brand.

Pertchik believes the company has much to learn from its current group of franchisees.

"They are incredible people who really are the best of the best. Franchising is not some ancillary thing. We can learn from [franchisees]," he said. "They are putting flowers in the ladies' room every day and growing their own flowers and planting them. They really get into the operations. We have so much to learn from them, and we embrace that."

The franchisees that TA is currently onboarding are mostly existing travel center operators who want join the company's network. A few, according to the chief executive, are ground-up new builds. In addition, TA will start to build on two sites where it owns the real estate. The company will own and operate those sites.

When it comes to M&A activity, TA is focused on buying existing and operating travel centers to then own, operate and integrate into the TA network.

"We are going to do a little of all of those things," Pertchik said, noting that each has its own pros and cons. "We are so behind on growth. Our two competitors have grown over the last five, 10 years, and we haven't. We have a lot of catching up to do. Now that we are correcting the fundamentals of the company, it is time to put our foot on the gas pedal and really just grow and have more sites and do that in a variety of ways over time."

Westlake-based TA currently has more than 270 locations in 44 states and Canada, principally under the TA, Petro Stopping Centers and TA Express brands.

In April 2021, the company launched eTA, a new unit dedicated to partnering with the public sector, private companies and customers to deliver sustainable and alternative energy.

Moving into the latter part of this year and into 2022, the travel center operator will be adding electric vehicle (EV) charging stations to its roster of available services. Although there are a few TA sites that have Tesla charging stations, EV charging has not been part of the strategic push, according to Pertchik. However, now, TA is focusing on key areas such as California where states have — or are putting into place — incentives around EV.

"We are focused on those jurisdictions and looking for any opportunities to offset our costs, whether it is grants or favorable loan terms from the government. That's step one — EV on the West Coast of the U.S. for passenger duty," he said.

TA was also awarded a $4-million California Energy Commission grant to invest in two locations with medium- and heavy-duty EV for trucks. It is pursuing larger grants that will do the same, but on a larger scale — creating corridors where the government will provide as much as 60 percent to 80 percent of the costs, he explained.

"We do business with 89 percent of the top 100 fleets. They will be the consumers of these trucks, so we are staying very close to the leaders of those companies, understanding how they are thinking, where they are going to roll out what technology, and then in parallel paying very close attention to state and federal government incentive programs. Between those two sources of information, we will find our way," he added.

Currently, TA is reviewing its overall restaurant offering and exploring new concepts, as the retailer also continues to build out its 2019 pact with IHOP Restaurants. The franchise development agreement calls for up to 94 IHOP locations to open over five years inside TA and Petro branded locations across the United States.

"The Country Pride and Iron Skillet brands are tired as far as brands go, the menus are tired, the physical spaces are tired," Pertchik acknowledged. And while he is excited about TA's work with IHOP, he said he is even more excited about two new restaurant concepts the company is working on — Restaurant 2.0, as it's called internally.

More details about the concepts will come later this year, and the company plans to roll them out — as well as the IHOP restaurants — over the next 18 months.

"These will draw people in off the highway; not just to go get gas and quickly and opportunistically get a meal, but say 'I want to go to that place, and let's fill up.' I'm really excited about this," he said. "I also believe truckers, the professional drivers — who we never want to disenfranchise — will find these very enticing as well."

It's expected that these new concepts will eventually replace TA's current full-service offering. "Generally speaking, I think over time, these two concepts and IHOP will overtake the Country Prides and Iron Skillets that currently exist," Pertchik said.

These changes come as TA reopens up its full-service restaurants after they were shuttered by local and state restrictions on indoor dining during the spring of 2020.

"You don't get to shut off the most labor-intensive — [and] arguably, at the time, the most inefficient part of our business — and then turn it back on again often. We were given the opportunity, in a strange way, to hit the reset and we are running with it," he said.

TA still has other areas to address in addition to the initiatives currently on the table.

"There are some areas we haven't gotten to yet that we will continue to unearth," the CEO noted. "But generally speaking, I think from the beginning, we have been on the right path and adapted as we went and learned from the facts that came to us from our experiences. That approach is the most effective."

The way Pertchik sees it, TA's transformation journey is still "in the early innings."

"We haven't even started our rebranding at the c-store level. We haven't started, in a scaled-up way, our site refreshes where we are going to create brand-new-feeling environments and spend several hundred million dollars to do so," he explained.

He also pointed out that a "massive" IT redo has barely gotten started, plus diesel exhaust fluid (DEF) at all the lanes and a variety of other investments are just preparing to ramp up.

"In many ways, we are just getting started.  We have so much to do and achieve here. That's what really gets me the most excited," he said.