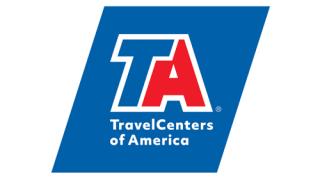 WESTLAKE, Ohio — As TravelCenters of America Inc. (TA) celebrates its 50th anniversary, the company is looking forward while staying true to its roots.

TA CEO Jon Pertchik recently visited with company founder Phil Saunders in upstate New York to reflect on the company's vision, both past and present.

"The oil companies were building traditional gas stations, but nobody was building truck stops," Saunders explained.

And as Pertchik pointed out, oil companies were not thinking about what the professional drivers needed or wanted. That's where Saunders came in.

According to TA's founder, his passion for the business started in Rochester, N.Y., where he worked at a service station.

"I was working the fuel counter. I would pump the fuel; I would change the tires in the garage. I was doing a little bit of everything," Saunders said, adding he got to know the drivers personally.

His first step into the travel center space began in Ashland, Va. — a midway point on a professional driver's route from the south to upstate New York. Originally developed with a truck stop in mind, Saunders changed the concept to a travel center to appeal to the broader motoring public.

TravelCenters of America, according to Saunders, is his greatest accomplishment.

"There is a heavy obligation on my shoulders. I take it very seriously," Pertchik said.

"We've got a really great jumpstart on transforming the broader company," Pertchik said, adding the company has "so many cool things going on."

For example, TA is upping its game in terms of technology.

"All of what we are doing is really designed around our guest experience," he said. "The bigger obligation now is, what do we for the next 50?"

According to Pertchik, the travel center company's mission remains the same: to return every traveler to the road better than they came.

"You don't make it to 50 without doing something really, really well," Pertichik said.

TA kicked off the year with solid first quarter performance. A core piece of its focus is investing in site refreshes, technology improvements and network expansion — which includes its franchise program.

Its capital expenditures plan for 2022 will range from $175 million to $200 million and include projects such as significant travel center upgrades, the expansion of its restaurant and foodservice offerings, and improvements to the company's technology systems infrastructure, according to the company's first-quarter earnings call.

In addition, its specialized business unit, eTA, is focused on sustainable energy options for professional drivers and motorists, and leverages alternative energy to support its own operations.