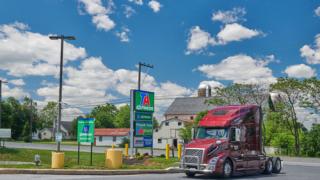 The location places TA Express Ronks in an area visited by thousands of tourists annually, with a variety of attractions including covered bridges, hiking trails, restaurants and art galleries. Situated on Lincoln Highway East, the site is accessible by travelers heading through Harrisburg, the state's capital, to beaches on the east coast of the United States, according to TA.

"We anticipate more traffic in our travel centers as families start to take road trips again after the long pandemic," said Dave Raco, vice president of franchising. "The TA Express in Ronks is strategically located in a place where our services are needed; it offers a quick, clean and convenient option for all travelers as they visit Lancaster County and drive along this popular route."

The amenities at TA Express Ronks include:

Professional drivers will also receive the benefits of TA's UltraONE loyalty program and other services.