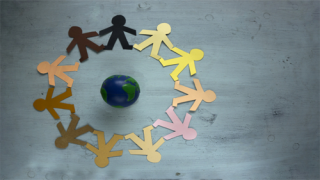 CHICAGO — The business benefits of diversity and inclusion efforts vary by company, but globally, industries understand they cannot afford to squander opportunities to do right through implementing effective DEI (diversity, equity, inclusion) practices.

One key part of the DEI equation is tackling the subject of allyship — the importance of getting non-minority leaders on your side to successfully implement an authentic and meaningful diversity program at your company.

A recent webcast hosted by Convenience Store News and the CSNews Diversity & Inclusion Advisory Board explored the critical components of allyship, including what actions companies can take to advance the effort, how to recruit allies to effectively promote allyship, and how to foster productive conversations about differences.

All companies are not at the same place in their DEI journey.

At Alimentation Couche-Tard Inc., the parent company of Circle K, Chief People Officer Ina Strand acknowledges that the retailer began its journey a little late. Strand was brought into her role four years ago to advance gender equity.

She immediately helped establish an executive advisory board. Comprised of 50 percent men and 50 percent women, the board pledged to support DEI efforts across the company and set forth an internal mission for Couche-Tard to look more like the communities it serves, as well as its workforce.

Then, last March, Laval, Quebec-based Couche-Tard announced that its President and CEO Brian Hannasch had joined the CEO Action Pledge, a coalition of CEOs committed to advancing diversity and inclusion within the workplace. Couche-Tard became the first c-store retailer to join the initiative. To go along with this pledge, the retailer launched an internal global campaign, titled "Together we make a difference," where all employees had an opportunity to join Hannasch and make their own personal "I ACT On" pledge.

"I took the pledge," said Strand, whose native country is Norway. "What I've seen in Europe and North America is that if you really want to create change, you have to have everyone involved and represented. As an ally, it's about engaging, listening, and trying to learn."

In the distributor realm of the convenience channel, Elmwood, La.-based Imperial Trading Co. LLC has made sure to involve the younger generations in its DEI efforts.

For example, Imperial Trading President and CEO Wayne Baquet approached Marketing Manager Stacy Matthews with an initiative called the "Sun Shines For All," which focuses on minority groups. Members of the task force were comprised of the executive team's children who are currently in the workforce.

"The idea behind this was twofold: One, they work for progressive companies to benchmark ideas; and two, we learn how much influence the younger generation has on those at Imperial and ultimately who are the allies that we desire to have work for us," Matthews explained, noting that Imperial has two Black executives in leadership — Baquet and Chief Marketing Officer Emile Cantrell; no other wholesaler in the industry has this unique makeup.

Technology can be used as an enabler of diversity and inclusion, Steven Kramer, co-founder and CEO of WorkJam, a frontline digital workplace platform, noted during the CSNews webcast. According to the executive, WorkJam has a diverse workforce based in Montreal, which is a diverse city. As part of the company's DEI efforts, it builds inclusiveness into the organization's values, flowing this mission from the top down.

"We take a stand on issues. For example, we send companywide emails reaffirming values on inclusiveness. We also built collaboration software to use internally to keep channels open between team members to discuss things that happen outside of work to bring them together and build community," Kramer explained.

"It's more than members talking to each other who may not have worked together because they work in different departments, but it's people from all different backgrounds talking about their experiences," he added. "This builds a sense of community within the organization, and we're proud to have technology that enables our customers' frontline workforce to do the same thing."

iSee Store Innovations, which was "founded by three old white guys," is likewise evolving the company's conversations to be more inclusive of culture and ethnicity by listening and learning, according to founding partner and CEO Joe Vonder Haar.

"We've grown from being founded by three old white guys to a team of 18 so, by definition, we're diverse on age and diverse in gender," Vonder Haar pointed out. "We're not quite 50/50, but we have women running operations and marketing, so it's time for us to purposefully and actively add cultural and ethnic diversity to our company."

The 36 Lyn Refuel Station in Minneapolis, the city where George Floyd was murdered, sees customers from all walks of life and prides itself on being the "Cheers" of the convenience store industry, where every employee knows the guests' names.

In order for this symbiotic relationship to work, communication is key among the station owner, team members, vendors and suppliers.

"It's fun to engage in discussions with my staff or potential frontline employees, as well as engaging with vendors and suppliers, about issues that are important to me and the industry, and also different groups that we're collaborating with to identify allies early on and to identify the goals we are trying to accomplish," expressed Lonnie McQuirter, owner and director of operations for 36 Lyn Refuel Station. "There has to be a level of trust between my customer and me, my community and me, and my staff and me."

When asked what actions companies can take to advance allyship, the panelists said:

"The Importance of Allyship" webcast was sponsored by Altria Group Distribution Co., The Hershey Co., and WorkJam. This marked the second webcast in CSNews' multitouch digital and print program that is focused on the business case for convenience store retailers to place a greater emphasis on diversity and inclusion.

A replay of the webcast is available here.