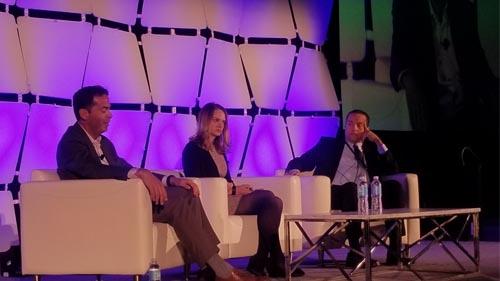 LAS VEGAS — A lot has changed in a year when it comes to the vapor industry.

In early 2019, the industry was greeted with news that Scott Gottlieb was preparing to step down as commissioner of the Food and Drug Administration (FDA). His decision came after months of speculation on the how the FDA would crack down on electronic cigarettes and vapor products — and when.

Now, we know. Except it was different than what the industry expected, as Brittani Cushman, senior vice president of external affairs for Turning Point Brands, pointed out during a panel at Tobacco Plus Expo (TPE) 2020. The panel was entitled: "Waiting to Exhale: Mastering Today's Vapor and E-Cigarette Market."

However, by mid-November, the Trump Administration appeared to back off that priority. In the end, the FDA issued a new policy in early January, banning the sale of unauthorized flavored cartridges and pod-based e-cigarettes and vapor products. Those products have to leave the market as of Feb. 6.

"The end of the year was a whirlwind," Cushman said. "Then, the new year came and the FDA guidance focused on pod-based flavors. It was different than what we expected."

"Clearly the guidance was disappointing," said fellow panelist Chris Howard, vice president, general counsel and chief compliance officer at E-Alternative Solutions (EAS). "On one hand, vape shops got a reprieve, but it was disappointing for companies like EAS who have pod-based products."

The new policy — which does not affect e-liquids or disposable products — will impact convenience stores and be a disservice for smokers as it limits alternative options, he added.

The guidance has made things more confusing for retailers. "What are they still allowed to sell?," asked Dimitris Agrafiotis, executive director of the Tennessee Smoke Free Association, CEO of Global eVapor Consulting Inc., and founder of SEVIA USA.

Cushman and Howard echoed the confusion, noting that their companies have received questions from several customers since the guidance was made public.

Many customers are still unclear about what happens next, according to Howard. They are looking for security — asking if EAS is going to file premarket tobacco applications (PMTAs) for its vapor products by the FDA's May 12, 2020 deadline. The answer is yes.

Under the current regulations, the FDA must approve PMTAs for any tobacco product that was not on the market before Feb. 15, 2007.

"It is going to come down to whether the FDA thinks the product is marketed to youth or if there is now an uptick in youth use of that product," Agrafiotis said. "In my view, no product is safe."

The industry needs guidance from the FDA to help navigate the new regulatory landscape, the panelists agreed.

"Obviously, the PMTA [process] is a big topic," Cushman said. "What are the standards? Who is going to file? It's vague and cost prohibitive to many companies out there."

The new federal policy also will not stop some states from taking more restrictive steps. As Howard pointed out, many states do not think the ban on flavored cartridges and pods goes far enough.

"If we see a softer side of the FDA, or the administration in general, we will see the states ramp up activity," he said.

In the end, an approved PMTA for a vapor product "will be the best thing to happen to this industry," Agrafiotis stated.

"The more legitimate the industry becomes, the more willing states will be to slow down," he said.