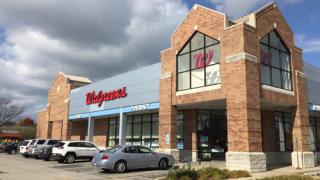 DEERFIELD, Ill. — Another drug store company may be exiting the tobacco business.

Walgreens Boots Alliance Inc. CEO Roz Brewer said the drug store is evaluating its merchandise mix as it puts a greater focus on healthcare. The news came as the company reported earnings for the fourth quarter of its fiscal year 2021 on Oct. 13.

"We are thinking about what's next in our stores," she said in an interview with CNBC that aired Thursday. "And how do we really project a healthy-for-you profile when you enter our stores? Tobacco is one of those areas that's under real scrutiny right now. And so you'll see more to come in that area."

According to its earnings, comparable retail sales rose 6.2 percent in the fourth quarter compared with the same period a year ago. That number increased to 7.2 percent when the company excluded sales of tobacco and electronic cigarettes.

Walgreens began testing tobacco-free stores in the United States in 2018 at one location near its headquarters in Deerfield, as well as 17 in Gainesville, Fla. It said at the time it did not intend to remove tobacco from all locations, as Convenience Store News reported in early 2019.

Walgreens is not the first drug store to reconsider tobacco sales as it puts a greater focus on health and wellness. In September 2014, Woonsocket, R.I.-based CVS Health sold its last tobacco product.