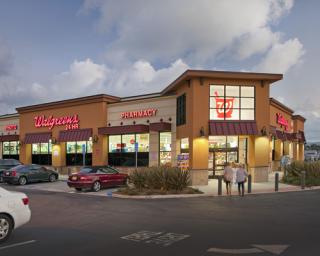 DEERFIELD, Ill. — Customers will have to show identification for 21 to buy tobacco products at Walgreens starting Sept. 1.

The policy is part of the drugstore chain's efforts to prevent youth access to tobacco, according to the company.

"We've seen positive results from other recent efforts to strengthen our policies related to tobacco sales, and believe this next step can be even more impactful to reduce its use among teens and young adults," said Richard Ashworth, Walgreens president of operations. "Through ongoing training and certification for pharmacists and technicians, we also continue to help and support people looking to quit the use of tobacco in their lives."

In addition to its new Tobacco 21 policy, Walgreens implemented a "card all" policy across its portfolio in October. The policy requires verification regardless of age on all tobacco sales.

Earlier this month, Walgreens announced it was testing "tobacco-free" stores. The test stores include one location near its headquarters in Deerfield, as well as 17 in Gainesville, Fla. They are part of a 12- to 18-month pilot program that began in 2018, as Convenience Store News previously reported.

The change comes as measures banning the sale of tobacco products to anyone under 21 have spread across hundreds of municipalities and counties across the United States. To date, 12 states and Washington, D.C., have signed Tobacco 21 legislation into law. Hawaii became the first to bring the higher legal minimum age to buy tobacco products statewide on Jan. 1, 2016.

The legal minimum age at the federal level remains 18; however, U.S. Senate Majority Leader Mitch McConnell (R-Ky.) will introduce legislation to raise the age 21 in May. The bill will cover all tobacco products, including vaping devices.

Deerfield-based Walgreens is included in the Retail Pharmacy USA Division of Walgreens Boots Alliance Inc. As of Aug. 31, Walgreens operates 9,560 drugstores with a presence in all 50 states, Washington, D.C., Puerto Rico and the U.S. Virgin Islands.