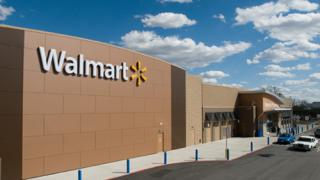 According to reports, Walmart has stopped selling cigarettes at select stores in several states. Citing people familiar with the issue, The Wall Street Journal reported that the retailer pulled the products in various markets, including in some stores in Arkansas, California, Florida and New Mexico.

In some of those locations, Walmart installed a new design with more self-checkout registers, and is merchandising other items like grab-and-go food offerings or candy near the front of the store in place of cigarettes.

"Overall, we believe this decision will have no impact on tobacco manufacturers as smokers will still purchase cigarettes, and they will simply go to other retailers such as convenience stores, dollar stores and tobacco shops," Herzog said. "We believe c-stores will be the biggest share gainers as they already represent approximately 75 percent to 80 percent of cigarette sales in the U.S. today."

She added that although cigarette margins are low for retailers, "they do drive foot traffic and could drive an increase in other merchandise inside c-stores."

Walmart has been evolving its tobacco category over the past few years. In the summer of 2019, the retailer stopped selling tobacco products to anyone under 21. At the same time, it began the process of discontinuing the sale of fruit- and dessert-flavored electronic cigarettes and vapor products.

Both decisions came before the federal government addressed the Tobacco 21 issue and flavored e-cigarettes and vapor products.

In late December 2019, President Trump signed legislation increasing the federal legal minimum age to buy tobacco products from 18 to 21. The Food and Drug Administration (FDA) soon followed with a new policy banning the manufacturing, distribution and sale of unauthorized flavored cartridge-based e-cigarettes — other than tobacco or menthol.

In 2014, CVS became the first major drug store company to halt all tobacco sales in its stores. The move came as the company launched a smoking cessation program and sharpened its focus on health and wellness overall.

"Ending the sale of cigarettes and tobacco products at CVS/pharmacy is the right thing for us to do for our customers and our company to help people on their path to better health," Larry J. Merlo, then-president and CEO of CVS Caremark, said in the February 2014 announcement. "Put simply, the sale of tobacco products is inconsistent with our purpose."

Merlo continued, "As the delivery of health care evolves with an emphasis on better health outcomes, reducing chronic disease and controlling costs, CVS Caremark is playing an expanded role in providing care through our pharmacists and nurse practitioners. The significant action we're taking today by removing tobacco products from our retail shelves further distinguishes us in how we are serving our patients, clients and health care providers, and better positions us for continued growth in the evolving health care marketplace."

Based in Bentonville, Walmart operates approximately 10,500 stores and clubs under 46 banners in 24 countries and e-commerce websites.