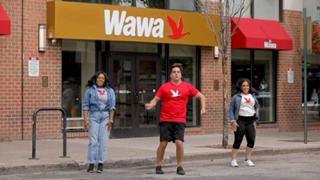 The 2019 Wawa Hoagiefest begins Monday, June 24 and runs through Aug. 11 in all Mid-Atlantic Wawa convenience stores and Washington, D.C. The campaign comes roaring back with special pricing for all hoagie sizes and varieties: $3 for Junior, $4 for Shorti and $5 for Classic.

The campaign's vibe will be present in Wawa stores with all-new original decorations, digital signage and selfie stations.

This year, the convenience retailer is turning up the volume on Hoagiefest with music that captures the spirit of the season with four songs available on Spotify.

The songs also come with the first-ever Hoagiefest music videos featured across social channels, such as YouTube. The 2019 playlist includes the following tracks:

The songs are appropriate for hoagie lovers of all ages but with a warning to consumers — the touch screen "Extra Cheese" button was purposely pushed while making some of these fun summertime songs, the retailer explained.

In addition, from June 24 through July 18, fans can share their version of the Hoagiefest Ya Ya video signature dance moves for a chance to win themed prize packs and be included in the final wrap-up music video at the end of the season.

"In the summer, hoagies reign supreme at Wawa. Since we crafted our first hoagie decades ago, Wawa hoagies have been enjoyed anywhere and everywhere. That's what this new look is all about," said Jim Morey, chief brand officer at Wawa. "Our Hoagiefest campaign always celebrates the role hoagies play in summertime fun and the joy and excitement of the season."

Wawa Hoagiefest was introduced in the summer of 2008. It has since grown to become an annual seven-week celebration of Hoagies.