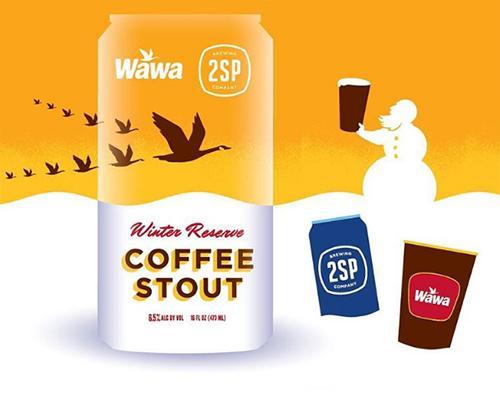 MEDIA, Pa. — Wawa Inc. is brewing up new innovation when it comes to its proprietary beer offering.

The beers will be launched with a multi-state Brew Tour that will stop at four Wawa c-stores and 2SP Brewing through February. Stops on the tour include:

The first 100 customers at each event will receive a free Brew Tour t-shirt.

Wawa described the beers as:

According to The Philadelphia Inquirer, Winter Reserve will be available at select Wawa stores in Pennsylvania and, for the first time, in Virginia and Florida; Winter Reserve and Reserve Reserve will be on sale at locations in Chadds Ford and the soon-to-open Middletown Township, Pa., location, as well as available for a limited time at beer retailers in Southeastern Pennsylvania, New Jersey and Delaware; Coffee Cake Reserve, a 2SP collaboration with Hardywood Park Craft Brewery, will be sold at Wawas in the Richmond region; and Snowbird Reserve, a 2SP collaboration with Coppertail Brewing, will be available at Wawa c-stores in Florida.

Wawa debuted Winter Reserve at the Naamans Creek Road location on Dec. 6, 2018. The location was the only Pennsylvania Wawa that sold the beer. Outside of Wawa stores, the beer was exclusively distributed to bars and liquor stores in the state's Philadelphia, Delaware, Montgomery, Chester and Bucks counties. Only 1,000 cases were manufactured, as Convenience Store News previously reported.