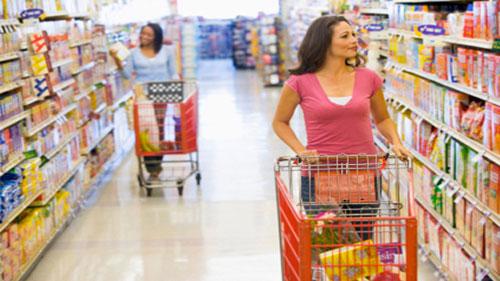 CHICAGO — Because the Hispanic community is the fastest-growing ethnic group in the nation and spends more than $94.7 billion on consumer packaged goods (CPG) products annually, marketers have an opportunity to capture more shopping dollars from these consumers, especially if they understand some key nuances in their attitudes and preferences, according to IRI's Hispanics and New Products Pacesetters report.

"By 2020, Hispanics will account for over half of the population growth in the United States, and their spending power will also increase significantly," said Susan Viamari, vice president of Thought Leadership for IRI.

"Unfortunately, most marketers don't have easy access to detailed information on what Hispanic shoppers are buying, including in key CPG categories. This significantly limits new growth opportunities for brands, so we examined what Hispanics are buying, and even why they are buying products, to help marketers engage with these very important consumers," she explained.

Among those who consider themselves avid new product adopters, these departments piqued particular interest:

Based on the most successful CPG launches in the 2017 New Product Pacesetters report, IRI uncovered the top-selling food and beverage products for Hispanic consumers:

The right mix of different types of food

Include higher-calorie treats in moderation

Appeals to many people in my household

"Hispanics are a highly diverse group, based on factors such as age, income, media preferences and language preference — English-preferred, bilingual or Spanish-preferred. Attracting Hispanics requires an understanding of these language preferences, along with their digital and social preferences, to quickly see a huge opportunity for CPG across food, beauty, home and health care brands," said Staci Covkin, principal of Consumer and Shopper Marketing for IRI.

"Aligning a new product launch with the needs of Hispanic shoppers is rapidly becoming a critical success factor for sustained CPG and retail growth, so improved insights and activation of these shoppers can result in significant sales and market share uplift," she concluded.

For more on Hispanics and new product trends, click here.