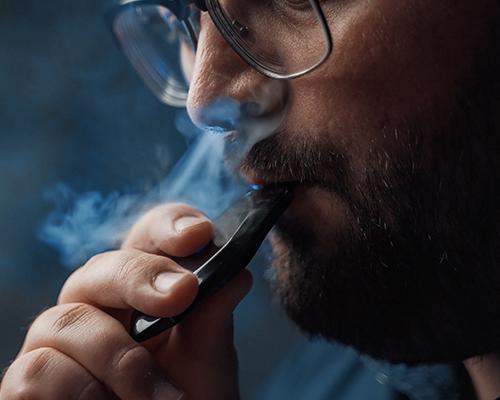 NATIONAL REPORT — Over the past few years, tobacco legislation has resembled a patchwork quilt across the United States: Tobacco-buying age rules that don't cross state borders. Flavor ban ordinances in one municipality, but not in another 10 minutes away. It was enough to make even the most seasoned tobacco retailer's head spin.

Uniformity began to creep into the landscape in late 2019. On Dec. 20 of that year, former President Donald Trump signed legislation to amend the federal Food, Drug and Cosmetic Act and raise the federal minimum age on the sale of tobacco products from 18 to 21. It is now illegal for a retailer to sell any tobacco product — including cigarettes, cigars and e-cigarettes — to anyone under 21 years old.

Just three weeks later, the Food and Drug Administration (FDA) began a 30-day countdown on the removal of all unauthorized flavored pod-based vapor products from retail backbars. The rule went into effect Feb. 6, 2020 and since that point, the FDA has not authorized any flavored pod-based vapor products for market. The move resulted in what could be considered an outright ban.

Couple this with the Sept. 9, 2020 deadline for companies to submit premarket tobacco product applications (PMTAs) for electronic nicotine delivery systems, or ENDS, and 2020 brought even more challenges to the backbar.

Along with Tobacco 21, the federal regulation around vapor and electronic cigarettes could have spelled the end of the segment, but convenience retailers do what they do best — adapt.

"After the vapor flavor ban on pod-based products, we opted to bring in a line of flavored disposables to meet consumer demand," said Kevin Harder, category manager, tobacco and car wash for Yesway, which is operated by BW Gas & Convenience, an affiliate of Beverly, Mass.-based Brookwood Financial Partners.

Harder pointed out that all of the vapor products its stores carry provided confirmation of PMTA submissions/acceptance, so Yesway and Allsup's have not had to make any changes — at least, not yet.

As for assortment adjustment, the stores allocated some vapor space to alternative products to fill in the holes in the tobacco fixtures. "Flavored disposables and nicotine pouches have definitely picked up the slack, and we have continued to see overall growth in our other tobacco category," Harder reported.

"We also increased our space and facings for menthol flavor," he said.

Cruisers, the convenience store banner of Modesta, Calif.-based Boyett Petroleum, also found that the removal of flavored pod-based vapor products, followed closely by the PMTA deadline, did require some adjustments to its tobacco category.

"After the removal of flavors, we continued to add more options for our guests, such as different nicotine percentages, as well as more options for the quantity of pods in a package," explained Lindsay London, category manager for tobacco at Cruisers. "We noticed many flavored vapor users transition over to non-flavored vapor items."

As for the PMTA submission date, Cruisers "made sure we partnered with responsible providers from the beginning and they reacted quickly with their submissions, so we did not have to make any adjustments to the category due to PMTA deadlines," London said.

Even with the removal of flavors, Cruisers continues to see sales in its vapor segment grow. And at the same time, the retailer is seeing nicotine pouches — primarily, Swedish Match's Zyn line — grow exponentially, she noted.

With regulatory and legislative changes coming from all directions, London believes changes at the state level will be the greatest challenge going forward.

"Some cities in California have taken more drastic measures by banning all flavored tobacco, but luckily none of our stores are in those areas," she explained. "Our governor signed a bill in 2020 banning all flavored tobacco, including menthol cigarettes and vapor, cigars, smokeless tobacco, and nicotine pouches. That bill was scheduled to go into effect Jan. 1. We had started preparing for this and got news in December that enough signatures from opponents of the bill had been filed for it to go to a statewide vote in 2022."

"When we look at tobacco, a lot of people say, 'What's the point, tobacco is dying isn't it?' No, that's incorrect. We all know tobacco should have died years ago, but it's hanging on," Knudsen said while taking part in an education session during the recent NACS Crack the Code Experience.

If the industry has learned anything over the past several months, he said it's that the tobacco consumer is extremely resilient. "No matter what is going on in their lives, they are going to continue to consume the products that they like and, at the same time, frequent the retail establishments that they have grown accustomed to," he said.

Total tobacco still contributes, on average, 34 to 44 cents of every non-gas dollar that goes through the convenience channel's registers, Knudsen cited.

C-store operators can overcome the category’s challenges by listening to the consumer and following the trends — which right now include innovation in vapor, modern oral nicotine products, and CBD products, he advised.