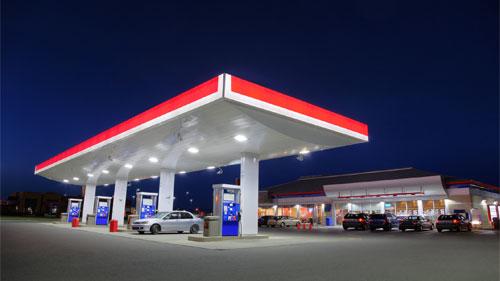 The report separates fuel and convenience brands into four segments based on their number of locations. Brands that received the highest average foot traffic per station in their respective categories include: Ohio-based Speedway (1000-plus locations), Washington-based Costco (250–999 locations), Kentucky-based Thorntons (50–249 locations) and Texas-based Buc-ee's (30–49 locations).

"More than half of consumer visits to the pumps in Q1 lasted longer than five minutes, suggesting that they’re just as interested in filling up on in-store items as they are on gas," commented Frank Beard, convenience store and retail trends analyst at GasBuddy. "However, the fact that many consumers prefer to fill up at supermarkets with fuel programs rather than gas stations should be a call-to-action for fuel and convenience brands to rethink their offers before stores with produce sections eat their lunch."

Other highlights from the study include:

More Consumers Moving Beyond the Pumps & Into Stores

Americans are spending more time at gas stations, venturing into the c-store and purchasing items including fresh food, beverages and consumer packaged goods. More than half (55 percent) of consumer visits to fuel and convenience retailers lasted for longer than five minutes during Q1.

This exceeds the average two to three minutes it takes to refuel a vehicle and reflects the industry’s emphasis on quality in-store offers, as well as reaffirming the findings in GasBuddy's Foodservice and Consumer Habits Survey, revealing that 60 percent of consumers purchase food and beverages at convenience stores.

Fridays are the Busiest for Fueling

Costco captured the highest footfall per station of any brand in any segment — more than four-and-a-half times the industry average. Other segment winners include Speedway, Thorntons and Buc-ee's.

Supermarkets with fuel programs are popular destinations for filling up, representing four out of the top 10 brands in two segments: 50-249 locations and 250-999 locations.

Kroger Wins the Most States

Ohio-based Kroger captured the highest average footfall in six states — the most of any fuel or convenience retailer. Wawa Inc. came in a close second with five states, and Cumberland Farms and Costco tied with four wins each.