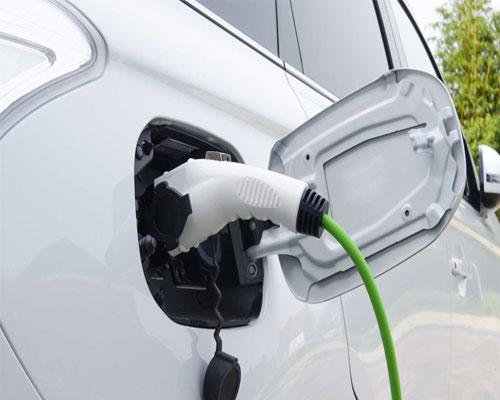 NATIONAL REPORT — It was a record year for new car sales in 2016, with 17.6 million cars and trucks sold, but electric vehicles (EVs) only made up 0.5 percent of that total. It’s possible the market may not really feel the impact of EVs until after 2035.

In no way, though, does the slow growth rate mean EVs are not relevant in today's vehicle market, or in the convenience store market.

In fact, many c-store retailers — Sheetz Inc., Maverik Inc., OnCue, QuickChek Corp., Spinx Inc., Alimentation Couche-Tard Inc. and BP plc — are dipping their toes into the EV waters and installing charging stations now, with the help of incentives from car companies and local government agencies that either cut the costs or eliminate them entirely.

"“The theory is sound: If EVs are coming, why not be the first to market and be recognized as a leader?" John Eichberger, executive director of the Fuels Institute, told Convenience Store News. "Every electric vehicle has a computer in it with stations that offer electric charging stations, so why not be on that list? Then, as it grows, your company will have the reputation for offering it, so it's a competitive advantage."

He recommends c-stores install EV charging stations in new builds first, rather than doing construction on established locations, due to the costs. The most expensive part of installing charging stations is drilling into the concrete to run the power lines to the EV parking spaces, and building a power panel to handle the project.

Many of the early adopters in the c-store industry are working with car companies or other groups that are offering incentives to install and run the charging stations, but these incentives may not be around in the future.

"If someone is offering you money to do it now, it's a good idea because the money might not be there in five years," Eichberger said, noting that Volkswagen's Electrify America is investing in charging stations as a result of a settlement with the Environmental Protection Agency, and both Nissan and Tesla are offering incentives as well.

Stillwater, Okla.-based OnCue, meanwhile, has found a more local partner. OnCue, which operates 75 OnCue Express locations, partnered with Oklahoma Gas and Electric (OG&E) to install Level 3 electric charging stations at two OnCue interstate locations in The Sooner State. Both charging stations were paid for by OG&E and are currently offering free EV charging to the public.

Scott Minton, OnCue's director of business development, said OG&E approached the company about three years ago asking if this was something of interest. Back then, it wasn't. However, now, OnCue wants to see what the chargers will require and if people will be looking to c-stores to provide this service, so they accepted the offer — with the costs covered, the electricity provided for free, and shared data received regularly.

"We get shared data on who is using them, how much they use and how often, so we can use the data for the future if we decide to install more," Minton said.

Since installing the electric chargers starting in late 2016 and the first quarter of 2017, OnCue reports that it continues to see customers using them.

EV chargers are usually turned on using an app on the customer's smartphone, vs. inserting a credit card at the gas pump. Users create an account, and data is collected on how long they charge for and the kilowatt hours consumed.

"I can see how many unique users per month and, in a week, I am getting about 10 users right now," Minton shared. "Six or seven are unique [users], while the others are coming multiple times."

The average charge time is around 30 minutes, with the majority of users charging their EVs to roughly 60 percent and then leaving, Minton said. The way the chargers work is they charge quickly to 80 percent and then slow down as the charge reaches 90 and 100 percent. Many stop around 95 percent because it's better for the battery health.

If retailers want to take advantage of dollars available in their market to install the chargers, Minton believes it’s a good idea. "But don't make it part of the bottom line yet because you won't be making money from it at this point," he advised.

He foresees the real traction happening around 2025. "It's coming," he added. "Then, year by year, the numbers will be growing. If you look at some European nations, they will not allow traditional gasoline vehicles on the road by 2025."

Currently, Oklahoma (and 19 other states) do not allow stores to sell electricity, but OnCue is working with lawmakers to come up with a solution to justify bringing in the electric chargers and making money on them.

It certainly won't outpace gasoline sales, but it will offer stores a new stream of income in the future, Minton said.

Check out the April 2018 issue of Convenience Store News for more on electric vehicle charging and our in-depth report on "The Future of Fuel Retailing."