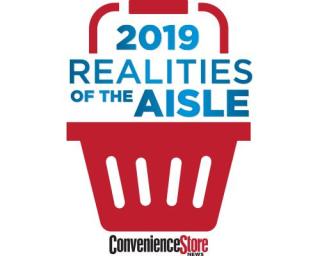 NATIONAL REPORT — Not enough value, too many purchases required to see benefits, and too much information needed to enroll are the top reasons why convenience store shoppers say they are not enrolled in their favorite c-store’s loyalty program.

As part of Convenience Store News’ exclusive 2019 Realities of the Aisle consumer study, which analyzes the demographics and purchasing behavior of c-store shoppers, participants were asked their thoughts on loyalty programs in the convenience channel. This year’s study, now in its 10th year, was specially crafted to explore how c-store shoppers define “convenience.” To take part in the study, all participants had to shop at a convenience store at least once a month.

Among the 1,500 c-store shoppers surveyed, nearly two out of every three shoppers said they frequent a convenience store that has a loyalty program. However, just 40 percent of the shoppers said they’re currently enrolled in their store’s program and actively use it.

The proportion of c-store loyalty program members who are enrolled, but do not use the program is relatively small, at only 7 percent of shoppers, the study findings show.

Shoppers who have not enrolled point to several reasons why. The primary reasons cited include:

Looking at demographic differences, Generation Z (22%) and millennials (18%) are more likely than baby boomers (6%) to perceive the enrollment process as taking too long. Hispanics (24%) are also more likely than non-Hispanics (12%) to feel the process is too lengthy.

Additionally, Hispanics (31%) are more likely than non-Hispanics (17%) to be deterred from signing up due to the feeling that registration requires too much information.

Other reasons why shoppers say they are not enrolled in the loyalty program at the convenience store they shop most often are: they are indifferent/do not think about it; they do not shop there often enough; or they keep forgetting to sign up.

Of the loyalty program members who are actively leveraging their membership, three-quarters (75%) are satisfied with the benefits they receive. Females (32%) are more likely than males (24%) to rate their satisfaction at the highest “extremely satisfied” level.