Will There Be a Future Without Cigarettes?

Will There Be a Future Without Cigarettes? 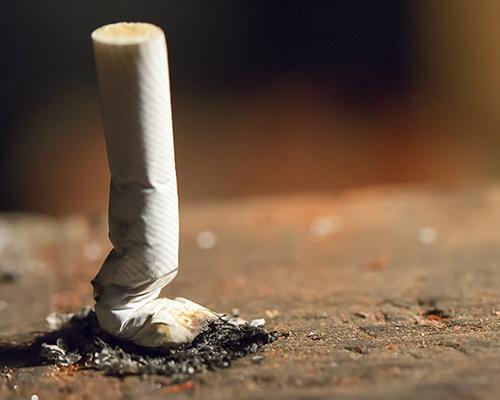 NATIONAL REPORT — For several years, there have been grumblings about the state of the backbar. In fact, many industry insiders have urged convenience store retailers to find other categories to tap into and grow because they believe tobacco is going the way of the dinosaurs.

Truth be told, though, tobacco as an in-store category is not dying. According to the latest Convenience Store News Industry Report, the cigarettes segment remains at the top in terms of in-store sales and the other tobacco products (OTP) segment comes in fourth, trailing only behind packaged beverages and beer/alcoholic beverages.

The survey takes the pulse of retailers representing approximately 60,000 convenience stores, or roughly 40 percent of the channel. The latest findings show that retailers expect pressure on cigarette volume to remain elevated this year, primarily driven by:

Taking these factors into account, Wells Fargo Securities expects cigarette industry volume to decline 6 percent in 2019, steeper than the traditional 3-percent to 4-percent decline of years past.

When it comes to the electronic cigarette and vapor segment, however, retailers are bullish. The outlook is for this segment to grow roughly 40 percent in 2019.

And new innovation on the backbar is stirring up more excitement. Notably, 80 percent of the retailers surveyed in the latest Tobacco Talk expect to begin carrying IQOS — the heat-not-burn tobacco product Philip Morris International (PMI) is bringing to the United States in 2020 through a pact with Altria Group Inc.

Convenience store retailers are also eyeing an optimistic 3-percent increase this year in smokeless tobacco, driven by innovation in oral nicotine products. The emerging segment is seeing a lot of interest from tobacco companies, Herzog noted.

For example, Swedish Match expanded its ZYN nicotine pouch nationwide this spring, and R.J. Reynolds Vapor Co., an operating company of Reynolds American Inc., added the VELO nicotine pouch to its modern oral-nicotine portfolio in July. In addition, Altria is acquiring an 80-percent stake in certain companies of Burger Söhne Holding AG, which will commercialize on! products worldwide. On! is an oral tobacco-derived nicotine (TDN) pouch product.

"We're excited to add on! to our companies' terrific non-combustible portfolio," Howard Willard, Altria's chairman and CEO, said in June. "Through our companies and investments, we have access to the leading products and brands in the moist smokeless tobacco, e-vapor and heated tobacco categories. This acquisition will add another non-combustible product to our portfolio in what we believe is a high-potential, rapidly developing oral TDN products category."

Is the End Near?

It is apparent that today, more than ever, adult consumers have increasing choices when it comes to consuming nicotine. It is also apparent that tobacco companies are preparing for a day when cigarettes do not make up the lion's share of the business.

But are they preparing for a day when cigarettes disappear from the backbar altogether?

Philip Morris International is. On April 8, the Switzerland-based tobacco company launched "The Year of Unsmoke," which PMI defines as an "urgent call to action to smokers, nonsmokers, regulators and agents of change across the world to drive a better future for the world's 1.1 billion smokers and their families, loved ones and communities."

The call to action follows the World Health Organization's prediction that there will be approximately the same number of people who smoke in 2025 as do today.

"It should be crystal clear: If you don't smoke, don't start. If you smoke, quit. If you don't quit, change. That's unsmoking," said Jacek Olczak, PMI's chief operating officer. "It is a fact that burning generates the vast majority of harmful chemicals found in cigarette smoke. Eliminating the combustion dramatically reduces the levels of harmful chemicals. There is a growing consensus among scientists and public health experts that products that do not burn and are backed by science are a much better choice than cigarettes."

PMI’s stated mission is to create a smoke-free future that’s backed by science, technology and innovation to offer less harmful choices to those who would otherwise continue smoking.

A new study commissioned by PMI and conducted by global research company Povaddo found that eight out of 10 people globally — or 79 percent — support PMI working with governments, regulators and public health experts to phase out cigarettes in favor of smoke-free alternatives.

Seventy-three percent believe it is a good thing for PMI to transform its business model away from cigarettes and to only sell alternatives like e-cigarettes and heat-not-burn products.

Such a move would fall in line with the trajectory of the FDA's Center for Tobacco Products over the past few years — especially under the direction of Mitch Zeller — where “the continuum of risk” is a frequent topic of discussion.

Ambitious? Yes. Realistic? That remains to be seen.