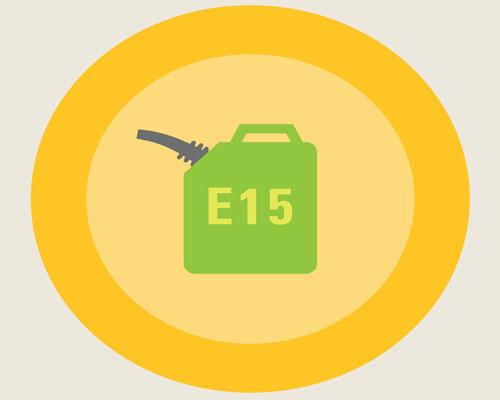 The EPA currently bans the blend during summer over concerns that it contributes to smog on hot days.

The Virginian-Pilot reported that President Donald Trump will allow year-round sales of renewable fuel with blends of 15 percent ethanol as part of an emerging deal to make changes to the federal ethanol mandate.

Republican senators and the White House announced the deal Tuesday after a closed-door meeting, the latest in a series of White House sessions on ethanol, the report stated.

The Environmental Protection Agency (EPA) currently bans the 15-percent blend, known as E15, during the summer over concerns that it contributes to smog on hot days. Gasoline typically contains 10 percent ethanol. Farm-state lawmakers have pushed for greater sales of the higher ethanol blend to boost demand for the corn-based fuel.

Iowa Sen. Chuck Grassley called the agreement good news for farmers and drivers alike, saying it would increase ethanol production and consumer choice at the pump, while Texas Sen. Ted Cruz said the deal will save the jobs of thousands of blue-collar workers at refineries in Texas, Pennsylvania and other states.

"Terrific final decision from @POTUS meeting. This is a WIN-WIN for everyone," Cruz tweeted.

White House Spokeswoman Lindsay Walters said that the decision allowing E15 to be sold year-round will provide "relief to refiners" and "protect our hardworking farmers and refinery workers. The president is satisfied with the attention and care that all parties devoted to this issue."

The EPA oversees the decade-old Renewable Fuel Standard (RFS), commonly known as the ethanol mandate, which sets out how much corn-based ethanol and other renewable fuels refiners must blend into gasoline. The program’s intent was to address global warming, reduce dependence on foreign oil and bolster the rural economy by requiring a steady increase in renewable fuels over time, the news outlet stated.

The mandate has not worked as intended, and production levels of renewable fuels, mostly ethanol, routinely fail to reach minimum thresholds set in law.

"Waiving clean-air standards at the behest of one favored industry would not only set a precedent for bad policy, it could cost lives," a coalition of environmental groups said in a statement.

Ernst said allowing year-round sale of E15 "will drive up domestic ethanol production and consumption" while helping to "maintain already low prices" for fuel credits that oil refiners must buy if they can't blend ethanol into their fuels.

She and Grassley also said they were encouraged that the Trump administration will take a closer look at "hardship" waivers that have been granted to small refineries, a practice they say has hurt biofuels and undermined the RFS.

The EPA has reportedly granted a waiver to a refinery owned by billionaire Carl Icahn, a former Trump adviser, as well as other small refineries. The agency has not disclosed which refineries received the waivers, saying it did not want to reveal private business information, the news outlet reported.

Cruz said the president also agreed to consider his proposal to include fuel credits for ethanol that is produced domestically and exported. The proposal is meant to make it easier for the industry to meet annual sales volumes required under the renewable-fuel mandate.

"This is good for farmers, refiners and America," Cruz said in a statement.

The Renewable Fuels Association, the leading trade association for America’s ethanol industry, said that it is "very grateful" that the president has affirmed his commitment to remove the regulatory barriers to the year-round use of E15, the "real disgrace with a proposal of this nature" is that ethanol producers and farmers "would bear the brunt of any retaliatory tariffs."

"In no way will that ever be acceptable or considered a win for our industry," RFA President and CEO Bob Dinneen said in the statement.

Brian Jennings, CEO of the American Coalition for Ethanol (ACE), said the group is pleased that Trump’s meeting resulted in another promise about E15, but "rural America is hurting and deserves immediate action," adding that the EPA should issue an RVP relief rule "immediately" and "allow retailers to sell E15 this summer while the rulemaking process runs its course."

"While we are pleased the RIN cap idea is being abandoned, assigning RINs to exported renewable fuel is an equally horrible idea. It would not only be an extraordinary departure from how EPA has implemented the RFS program, it would break Administrator Pruitt’s written promise in his Oct. 19 letter to several Midwestern Senators reiterating his commitment to support the spirit and text of the RFS," Jennings argued.

Growth Energy’s Emily Skor shared similar sentiments. The CEO argued that attaching a RIN to ethanol exports would have a "crippling impact on American agriculture" by significantly reducing demand for ethanol and corn. There would also be major trade implications, she stated, adding that export RINs would be a "clear violation" of the RFS, which is intended to increase the domestic use of biofuels.

Last fall, Growth Energy commissioned research that showed the damaging impacts of an export subsidy for biofuels. Key findings include the following:

“We will continue to work with our champions — Sens. Grassley and Ernst and Gov. Reynolds — to protect a 15-billion gallon domestic ethanol market and to have the right to grow exports without undercutting domestic demand,” he concluded.

Fewer gallons of renewable fuels would be blended into fuel supply in 2014.