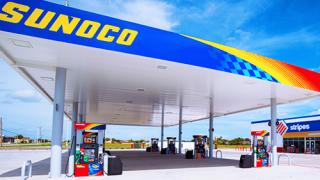 IRVING, Texas — 7-Eleven Inc. has put its more than $3-billion acquisition agreement with Sunoco LP in the record books.

"Part of what makes brand 7‑Eleven so iconic is our global presence and our continued growth," said Joe DePinto, 7‑Eleven president and CEO. "The acquisition of over 1,000 Sunoco stores supports our accelerated growth strategy, and we look forward to serving these great new customers."

The transaction closed days after an agreement with Federal Trade Commission (FTC) required 7-Eleven to sell 26 retail fuel outlets that it owns to Sunoco, and Sunoco to retain 33 fuel outlets that 7-Eleven otherwise would have acquired.

According to the FTC, the original acquisition agreement for roughly 1,100 retail sites — which was announced in April — would have harmed competition in 76 local markets across 20 metropolitan statistical areas, violating federal antitrust law, as CSNews Online previously reported.

Sunoco will convert the acquired or retained stations from company-operated sites to commission agent sites, and it will have full control over fuel pricing and supply at all of these locations.

The deal is a strategic divestiture on Sunoco's part as it shifts its focus to fuel distribution and logistics. In addition to the retail sites, the deal includes a 15-year take-or-pay fuel supply agreement under which Sunoco will supply approximately 2 billion gallons of fuel annually with an additional 0.5 billion gallons of committed growth in the future periods.

The gross proceeds of approximately $3.2 billion from the transaction will be used to achieve targeted leverage and coverage goals, according to Sunoco.

Sunoco's strategic conversion of 207 West Texas retail sites to a commission agent model remains on schedule with a conversion date expected to occur late in the first quarter.