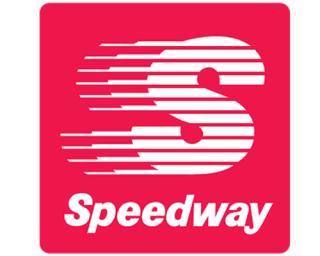 FINDLAY, Ohio — A few potential suitors have emerged for Speedway LLC as Marathon Petroleum Corp. (MPC) considers the fate of its retail network.

In late October, Findlay-based MPC announced it would spin off Speedway, with plans to make the convenience store chain an independent company by year-end 2020, as Convenience Store News previously reported.

Under the plan, the new Speedway would consist of all of MPC's company-owned and company-operated convenience stores — which collectively generate $1.5 billion of annual EBITDA.

However, reports began to surface in late January that the company had received offers to buy Enon-based Speedway. With approximately 4,000 c-stores, the c-store chain could be worth $15 billion to $18 billion, including debt, as a standalone company.

Sources told the news outlet that Seven & i Holdings is working with advisors as it mulls purchasing Speedway, and TDR is interested in merging the chain with one of its portfolio companies, EG Group. U.K.-based EG Group has been very active in the U.S. convenience channel since acquiring The Kroger Co.'s c-store portfolio in April 2018.

Representatives for MPC, Seven & i, EG Group and TDR declined to comment to Bloomberg.