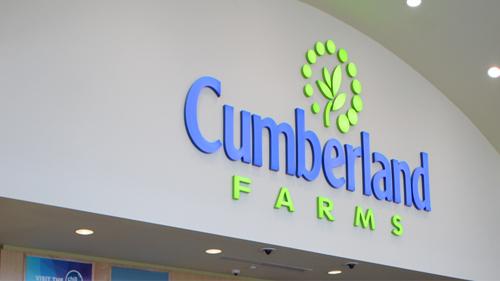 The United Kingdom-based company completed its acquisition of the convenience store chain on Oct. 22. Based in Westborough, Cumberland Farms operates 567 c-stores in seven Northeast states and Florida.

The deal brings EG Group's U.S. network to 1,680 c-stores and gas stations across 31 states. In all, the network sells more than 2.5 billion gallons of fuel with merchandise sales of more than $3 billion on an annualized basis.

"The Cumberland Farms acquisition represents another significant step in our ambition to build the most compelling, comprehensive and effective convenience customer retail network across the [United States]," said Zuber Issa, founder and co-CEO of EG Group.

"Cumberland Farms is a well-invested, modern retail network. The Haseotes family have also invested in creating a leading edge warehouse and commissary, established supply and logistics, developed an effective e-commerce and digital platform and created own brand merchandising," Zuber Issa added. "All these investments, in my opinion, further extend our omnichannel retail capabilities and provide further strategic options for us to consider when developing a robust convenience offer."

"Being a third generation founding owner and operator, I have an immense amount of gratitude for the Cumberland Farms team and what we have achieved together," said Ari Haseotes, president and CEO of Cumberland Farms. "This is the right next step for Cumberland Farms and creates an incredible opportunity to expand and grow the existing business into the wider EG Group global network. In that regard, I couldn't be more pleased with the historical milestone achieved today."

At the time the deal was announced, Mohsin Issa, founder and co-CEO of EG Group, said the company was considering adding Cumberland Farms products into its wider portfolio.

"Our investment in Cumberland Farms, following our recent acquisitions of Fastrac, Certified Oil and Minit Mart all within a year, demonstrates our commitment to investing in convenience retail in the [U.S.] Cumberland Farms has an extraordinary heritage, one that we want to protect, develop and grow," said Mohsin Issa.

"EG Group have a proven track record for successfully integrating convenience retail assets and transforming them into best-in-class customer destinations. I personally look forward to working with Cumberland Farms management team to further explore how we can enhance the convenience retail experience," he added.

BofA Merrill Lynch acted as financial advisor and WilmerHale LLP acted as legal advisor to Cumberland Farms on the transaction.

After the transaction, the company formed EG America and established a headquarters in Cincinnati. Over the last 18 months, the company has steadily built up its presence in the U.S. reaching additional acquisition agreements with several regional players, including Columbus, Ohio-based Certified Oil, Syracuse, N.Y.-based Fastrac Markets and Cumberland Farms.

It also inked a deal with Westlake, Ohio-based TravelCenters of America to purchase its Minit Mart c-store portfolio. In June, it began rebranding the c-stores to the new EG America banner.