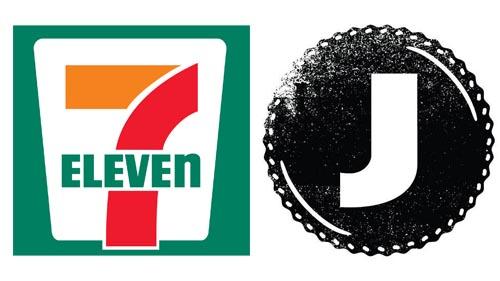 In the United States, 7-Eleven continues to offer the most popular 7-Select flavors, Berry Lemonade and Mango Lemonade, along with the new Airheads Cherry Pineapple Blast. The new offering hit stores on June 10.

The sodas are packaged in glass bottles with a combination of 7-Eleven and Jones imagery, as well as co-branding on the labels. Just like the core Jones lineup, these products are sweetened with cane sugar and use only natural favors, according to Jones Soda.

7-Select premium sodas are available at participating 7-Eleven c-stores in the U.S. and will now be sold in an additional 1,000 locations under the APlus and Stripes banners. The convenience retailer acquired those banners in a $3.3-billion transaction with Sunoco LP. That deal closed in January 2018.

This expansion kicked off with the rollout of Kiwi Strawberry, a new flavor developed for 7-Eleven that will be sold exclusively in its stores.

On June 10, Jones also expanded its presence to participating 7-Eleven stores in Canada, with the listing of five Jones-branded products. The items include a new Jones Watermelon flavor for the Canadian market, which will be sold exclusively at 7-Eleven for the next 12 months.

To complete the program, 7-Eleven collaborated with Jones to develop and distribute a new line of three premium, private label sodas under the 7-Eleven brand name, which are also sweetened with cane sugar and made with natural flavors.

"Since first launching the 7-Select sodas in February 2016, we have developed a successful and mutually beneficial relationship with 7-Eleven," said Jennifer Cue, CEO of Jones Soda. "The continual expansion to additional retail locations further demonstrates the opportunity for our soda offerings within our diversified beverage portfolio."