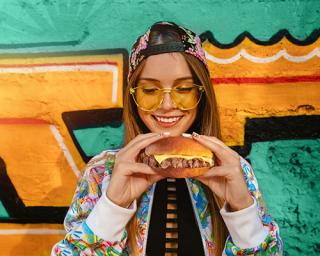 IRVING, Texas — 7-Eleven Inc. is serving up multiple special food offers in September, giving customers the chance to satisfy their cravings while they save money.

On Sept. 18, National Cheeseburger Day, members of the 7Rewards and Speedy Rewards loyalty programs can enjoy a cheeseburger made with Kraft American cheese for just $2. The deal is also available for delivery through the 7NOW mobile app that day only.

The deal is available at participating 7-Eleven, Speedway and Stripes locations

On Sept. 20, National Pepperoni Pizza Day, the convenience store retailer will offer 7-Eleven, Speedway and Stripes customers another hot deal. Members of the 7Rewards and Speedy Rewards programs can purchase a whole pepperoni pizza for just $5 each.

The discounted pies are available in-store and via the 7NOW delivery app.

Other recent pizza offerings from 7-Eleven include the August debut of two new varieties: the Veggie Pizza, which is loaded with toppings that suit fans of the classics, including fire-roasted and diced red bell pepper, green bell pepper, white onions and sliced mushrooms; and the Breakfast Pizza, which features 7-Eleven's signature crust topped with gravy, mozzarella cheese, cheddar cheese and breakfast sausage. Both varieties are available by the slice or as whole pies.

The company also recently invited sports fans to "Fuel Your Football" seasons by purchasing certain food, beverage and other items for the chance to win an all-expense paid trip for two to attend seven games in 11 days across the United States.

Irving-based 7-Eleven operates, franchises and or licenses more than 13,000 stores in the U.S. and Canada. It also operates and franchises Speedway, Stripes, Laredo Taco Co., and Raise the Roost Chicken and Biscuits locations.